The Hopi's Enduring Hope in Silver 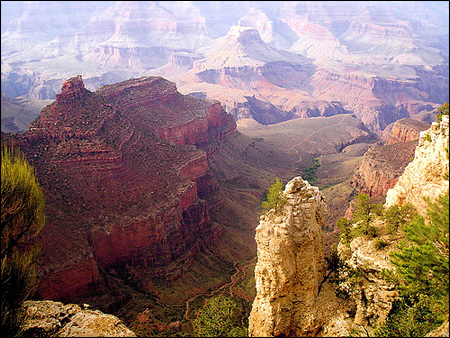 The Hopi revere the Grand Canyon, a holy site. Photograph by Lily Giraud

To the Hopi, silver is sacred. Silver-smithing also helps sustain their way of life. But a NPR news story reports that rising silver pricesâ€a jump from $9 an ounce to nearly $35â€is posing harsh challenges to a long-cherished craft.

Michael Kabotie, a noted Hopi artist, passed away in 2009. His father was Fred Kabotie, whose splendid murals adorn the Desert View Watchtower (1932), designed by Mary Elizabeth Jane Colter, in the Grand Canyon. 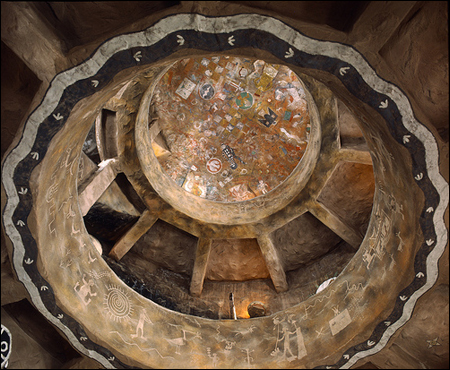 Fred Kabotie was also a silversmith; and with encouragement from the Museum of Northern Arizona, he invented an overlay technique, unique to the Hopi. His son, Michael, adopted his father’s passion for making jewelry out of silver. 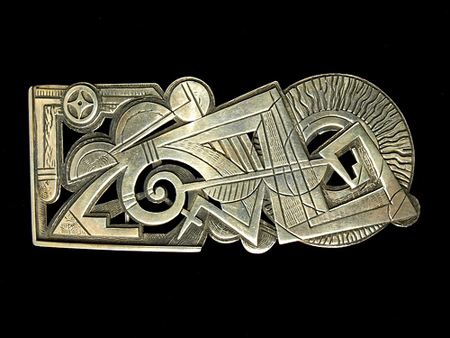 With the Hopi, there’s the storied industry of silver-smithing. But silver is also revered as a source of well-being. Hopi is a shortened form of “Hopituh Shi-nu-mu which translates as “The Peaceful People. To Hopi artist and silversmith Floyd Lomakuyuaya: “This is the only way we are supporting our families. Â¦ We have this belief we’re the caretakers of the universe, and so we have to be contented to do our thing to keep this world in one piece, otherwise it will probably fall apart. The artistic lineage of the Kaboties speaks to their culture’s special relationship to materials, such as silver. The objects of Hopi silvermiths are creative turns in making a sense of peace.