Continued from “Commodity Review and Second-Half Outlook – Part One”:

Aluminum, Zinc and the LME

Although aluminum by some standards has been in the dumps lately (i.e. throughout Q2), we can encapsulate much of the light metal’s activity to the LME warehousing issue. Even though the LME has just doubled the amount of tonnage that may be removed per warehouse per day, it won’t be effective until next April.

While that might operative word, might alleviate some supply- and lead-time bottlenecking, what does it mean for the rest of 2011? Higher prices?

Perhaps not, as intimated by Harbor Intelligence at their recent Aluminum Outlook conference. Jorge Vazquez and his team look at hundreds of indicators daily, and their overall assessment is that aluminum prices may reach much higher into 2012 and beyond but will likely remain at today’s levels, perhaps lower, until then. 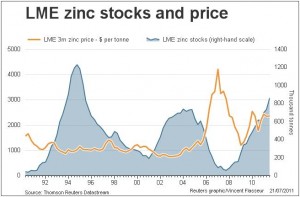 However, LME issues have bled into another metal market that of zinc. Reuters recently reported that, according to several firms’ analysts, zinc prices will likely rise significantly in the second half of the year despite record-high inventories. Not only that, many estimate some 60 percent of zinc stocks in LME warehouses are “tied up in financing deals.

This forces buyers to try and get around LME-warehoused metal, but in turn, they must pay higher premiums. According to the article, physical premiums are at about 8 cents per pound, whereas last year the premium hovered at 4.5 to 5.5 cents. European premiums are also reaching highs hit in 2008.

Oil, M&A and OEMs All Worth Watching

A few other points to consider looking toward H2 of 2011: 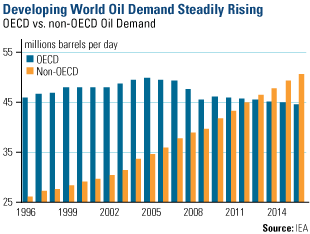 *Check back in with MetalMiner for a look at how quarterly pricing contracts have changed the iron ore world for good.