Borrowing the name of a regular feature on our sister publication Spend Matters, we give you a MetalMiner “Friday Rant. 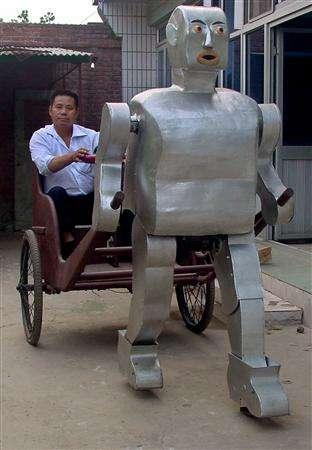 Ok, all votes are in for the best headline I’ve seen this week. And by “all votes, I mean only mine, because I feel as though nearly anyone and everyone (with any sense of humor) would agree that this Economist head and subhead are unequivocally awesome:

Or demand higher wages, or kill themselves.

True to form and style, the Economist melds the bare truth with biting wit and sometimes-callous disregard for sensitivity. But in times like this, I guess it helps to tell it like it is.

In this case, the story revolves around the oft-covered exploits of Foxconn in Taiwan, noted for their sheer, mind-blowing assembly productivity for companies’ supply chains (such as Apple’s) and notorious for the suicides committed by burned-out workers. (This is literal and extreme “burn-out, unlike any known in the Western world since, say, the early 20th century.)

The solution to this? Clearly, bring in the robots!

So says Foxconn’s chief exec, Terry Gou, who called for “hiring one million (!) robots for the company by 2013. That’s as many people as the company currently employs one million (!!).  I can barely paint a mental picture of a population slightly bigger than Detroit’s fervidly putting together circuit boards or chips or whatever for iPad 2s.

Robots in contemporary industry are nothing new, and the automobile sector (certainly in the US and Japan) is a shining example of what automation technology can do. We recently theorized on what automation may mean for the productivity and efficiency in the mining sector, especially in politically unstable and outright dangerous regions such in Africa.

Clearly, the big benefit in all these cases: cost savings. Robots won’t cost Gou’s company more money than the wage increases and psychological health consultations that they’re already shelling out for at least that’s the thinking behind the proposal.

Is “bring in the robots the go-to mantra, then, of the 21st century? It seems that costs of supporting human resources in the rush for uber-production have no place in our current society. What if certain swaths of displaced humans don’t have the propensity to move up “into sexy fields such as research, as Gou is reported to have said?

I guess this is just another chapter in how humans and machines continue to live and evolve together, as we keep producing more and more stuff for the bulging population of this planet. But as the article forewarns, perhaps it’s another straw hitting the camel’s back, before the back finally breaks and the Chinese riot in the streets.