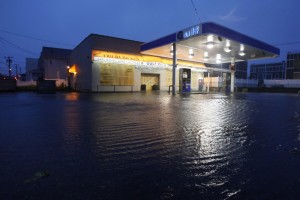 With Hurricane Irene wreaking havoc up and down the East Coast the past few days, the importance of electricity and power generation has come into full view superficially for those not in Irene’s crosshairs, but very painfully for millions of others.

Overall, some 6 million US homes lost power in the wake of the powerful storm, with power outages affecting a total of 13 states. At the beginning of the week, 1 million New Yorkers were in the dark, as well as 850,000 in New Jersey, Pennsylvania and Maryland (Baltimore got hit particularly hard), and both Vermont and Connecticut experienced records in flooding and outages, according to Bloomberg BusinessWeek.

So clearly, the grid has been and will continue to be strained, and the pressure is on to restore power. Amidst Irene’s aftershocks, another battle is being waged on electrical power generation this one involves the Environmental Protection Agency (EPA).

A recent Wall Street Journal opinion piece highlighted the EPA’s proposed regulations to come for coal-powered plants across the country. The editors state that these clampdowns will primarily affect the power grid in unprecedented ways ways in which disasters like Irene exacerbate. “The spree affects plants that provide 40% of U.S. baseload capacity in the U.S., and almost half of U.S. net generation, they write. “The Federal Energy Regulatory CommissionÂ¦reported this month in a letter to the Senate that 81 gigawatts of generating capacity is Ëœvery likely’ or Ëœlikely’ to be subtracted by 2018 amid coal plant retirements and downgrades.

The WSJ surmises that about 8 percent of US generating capacity will be hamstrung due to these rules. The implications of the EPA’s agenda are quite far-reaching. If the facts that the Journal cites are true, then the grid will be way overburdened, causing far more blackouts and brownouts even during normal times needless to say, these would spike exponentially come another hurricane.  But beyond that, corporate compliance measures, many argue, directly affect manufacturing growth by diverting capital and other resources away from building the economy.

Some more extreme (and quite frankly, ridiculous) voices such as Republican presidential candidate Michelle Bachmann’s have completely shunned the EPA and its aims: “I guarantee you the E.P.A. will have doors locked and lights turned off, and they will only be about conservation. It will be a new day and a new sheriff in Washington, D.C., Bachmann said at a rally in Iowa, according to the New York Times. The paper also mentions “in an earlier debate, she said the agency should be renamed the Ëœjob-killing organization of America.’

While Bachmann represents the shrill voices of extreme conservatism, many manufacturers would agree with the essential nugget of that last phrase, and have publicly said so repeatedly.

The EPA’s effects on manufacturing continued in Part Two.