Home | Ferrous Metals | Designed and Made in the U.S.A.
Metal Appreciation

Designed and Made in the U.S.A.

The October 2011 issue of Dwell magazine features American Design. The stamp “Made in the USA is highly symbolic these days, emblematic of the dramatic state of American manufacturing over the past decade and into future forecasts. Here’s a sampling of various products from American makers, each demonstrating originality and compelling product design.

Viking Range (Greenwood, Mississippi) is known as the “consummate kitchen-appliance brand. One highlight from a recent trip to an art director-couple’s new home was their kitchen stove, a plaque of the Viking brand proudly displayed. They recognized the name, and confessed that they don’t currently cook but hope to learn. They’re now more than properly equipped to realize cooking lessonsâ€inÃ‚Â  polished style, no less.

Founded by Wally Byam in a Los Angeles backyard in late 1920s, Airstream (Jackson Center, Ohio) was a sole survivor of travel-trailer builders of the Great Depression. Their shape and style is Space-Age; purpose is wide-open exploration. I feel like roaming the country more often.

Since its debut in 1983, Timothy S. Leatherman’s “Boy Scout knife with pliers has evolved into a standard of resourceful women and men. The current marketing of his company Leatherman (Portland, Oregon) includes “Long live the ones who get it done. Perhaps David Allen, who created the self-organizational method “Getting Things Done, carries one as a productivity tool. 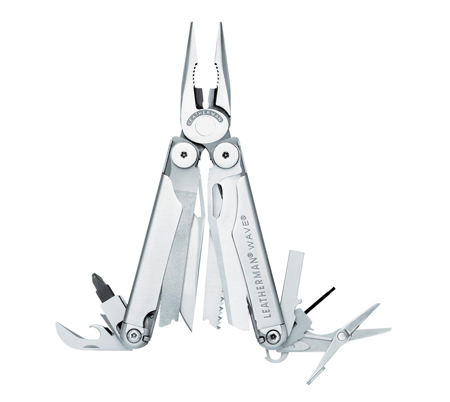 These are only three iconic examples of the American manufacturing industry. They hint at the large breadth of form and function that lies behind the timeless promise of “Made in the U.S.A.