Boosting Silver Supply, One Shipwreck at a Time

Just the other day, the New York Times reported that the remotely operated vehicles (ROVs) of Tampa, Fla.-based Odyssey Marine Exploration discovered 20 tons of silver on a shipwreck under the North Atlantic. In today’s silver prices (around $32 per ounce), that comes to roughly $18 million worth of the white metal.

The silver-laden shipwreck in question is the British vessel SS Mantola. In 1917, the German sub U-81 torpedoed the Mantola just off Ireland. The British government had apparently taken out an insurance policy on the equivalent of 600,000 ounces of silver contained on the ship, which in those days was worth 110,000 pounds Sterling, according to the company’s site.

The Mantola discovery comes on the heels of a previous Odyssey find. They noticed the 412-foot steel-hulled steamship SS Gairsoppa just a few weeks ago, 4,700 meters deep in the ocean and just 100 miles from the Mantola, and estimated 240 tons of silver to be held inside. Today, that silver is worth more than $200 million.

Judging by silver’s fundamentals, this surplus silver may be coming out of the water at the wrong time for silver’s spot market prices: Mineweb quoted Bart Melek, head of commodity strategies at TD Securities, as saying that due to a higher mining output forecast over the next two years and lower industrial demand, “silver will be in a growing surplus situation into 2013.

In all seriousness, however, Odyssey is getting a great deal. In a time when governments are hard up for funds, according to the Times, they contract with technologically savvy, private sea exploration firms to find and dredge up old treasures. Since Odyssey is doing the tough legwork, the British government worked out to allow Odyssey 80 percent of the salvaged spoils, while they keep 20 percent.

According to the company’s site, Odyssey chartered the Russian research vessel RV Yuzhmorgeologiya and used its low frequency sonar system, the MAK-1M, to find the shipwrecks themselves. Then, they went in with ROVs (anchored on a different boat, the Odyssey Explorer), for the visuals: 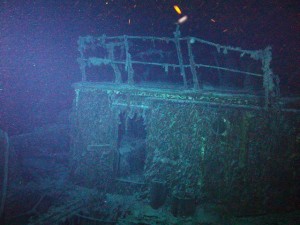 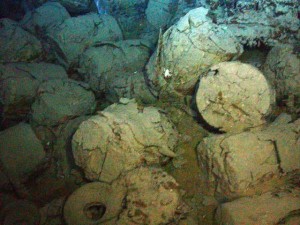 The contents of the Mantola’s barrels remain “a mystery.” 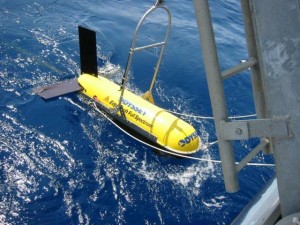 The side-scan sonar tow fish that helped locate the wrecks.