MetalMiner recently interviewed Andrew Browning, executive vice president of Consumer Energy Alliance, on the importance of the Marcellus shale for natural gas production in the eastern half of the United States. (The segment can be viewed here.) Among other things, Browning mentioned the potential of the Marcellus shale to boost jobs in the US steel sector.

Now, another shale in the US is getting some major press the Utica shale. The Financial Times recently published an article on how the US shale gas industry is giving multiple industries business, among other things. To be clear, the Marcellus shale boundary sits inside the greater boundary of the Utica: 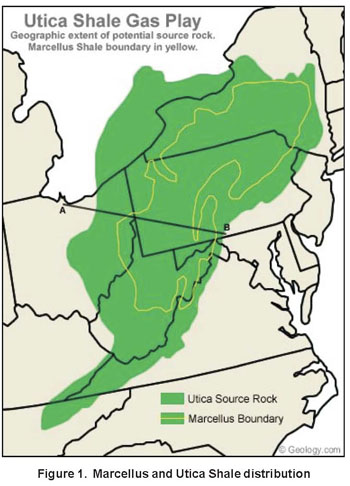 In an interesting set of graphics, one can see that employment in oil and gas production has been on a big upswing since the beginning of 2010 up to today, adding 17,000 jobs in that period. Coincidentally perhaps causally employment in the metals industry has experienced a nearly identical upswing: 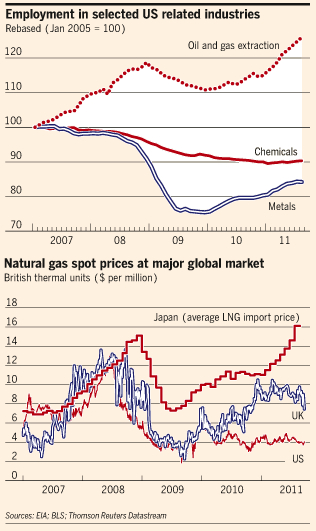 The takeaways from the FT’s coverage:

However, we must keep in mind that the learning and implementation curves for refining shale gas technology and creating effective storage and distribution systems may be steep ones; several sources say that although investment is rapidly taking place, an economic recovery may not necessarily be on the immediate horizon. This could take years especially if the industry continues to take flack for fracking from environmental groups and municipalities and doesn’t come up with better alternatives fast or at the very least, plausible PR platforms.

If anything, the biggest short- to medium-term effect could be a reduction of steelmakers’ raw material price for energy. One would think that could effectively lower steel prices, but based on how easy it is for plants to re-tool or integrate gas-based energy generation for their furnaces, as well as a host of other factors, that remains to be seen.

My colleague Stuart Burns has also published several excellent pieces on shale gas and oil, including Chesapeake Energy’s stake in this shale play and the commoditization and export of the technology involved. Do check them out.