Following the July 4th weekend in 2008, almost as if on cue, the tenor of the market changed. Rather than continuing its long-term downtrend, the dollar rallied, only to fall back again, but this time held its prior low. Coincidentally, copper closed at $4.08 on July 2, but met with resistance on subsequent attempts to move higher. Also, while crude oil closed at a new high of $145 per barrel on July 3, it eased back a bit over the following week as if to consolidate forces in an effort to surpass the high, but it also was unable to do so.

Before long, what started out as a simple technical correction for many commodities became a full-fledged rout as the enormity of the financial crisis reveled itself over the subsequent months, with the destructive force of a tsunami, gathering up and washing its victims away.

Today we are seeing an extension of the crisis that began in 2008, but the epicenter is now located in Greece, with the widening ripple effect spreading throughout Europe and potentially threatening the global economy.

Over the past several months, commodity, financial and equity markets have all experienced unusually wide swings coinciding with the ebb and flow of perceived progress in bailing out Greece and by extension, saving the existing euro-dollar structure. Thus, the volatility now resonating throughout the markets draws an eerie parallel to 2006 and 2008. 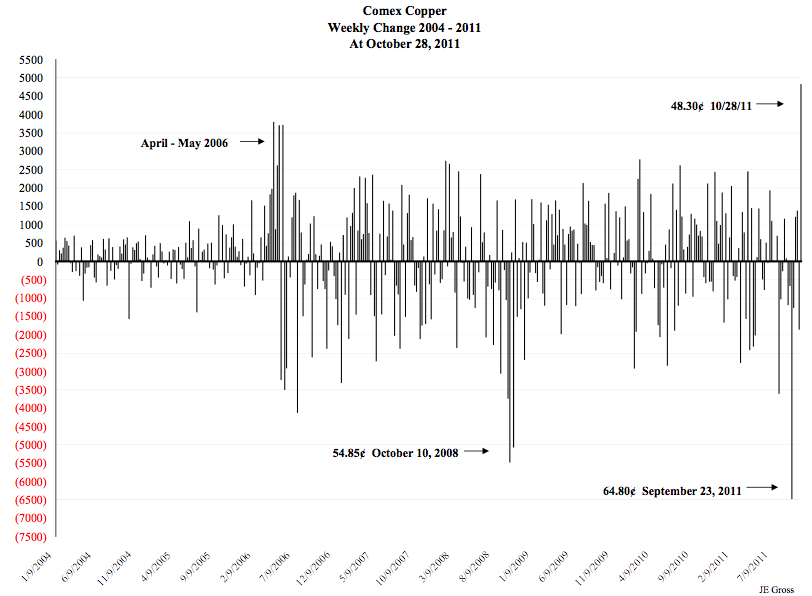 To state the obvious, the fundamentals alone aren’t driving this. Instead, it seems to represent a tense and fragile environment, torn between the optimists who believe the European situation will be resolved with the global economy getting back on track, as opposed to the pessimists who see the debt crisis only deepening and weighing further on the future of the European Union.

Given the erratic nature of the market today, there may seem to be no point in attempting to guess where copper or other metal prices are headed. Indeed, it can be argued that copper has as much opportunity to move significantly higher, as it does to fall sharply. In light of this uncertainty, your organization must be prepared to protect your business from a repeat performance of the past five years and the damage inflicted. This means having a strategy in place to manage price risk exposure that will neutralize market fluctuations, in order to protect profit margins as well as inventory valuations.

Although no one has control over the markets, you can control how the market affects your business.