What Real Estate Estimates Tell Us About Steel Price Forecasting

I might just be in a bad mood because we’re trying to re-finance our home and just received an appraisal that came in 25 percent lower than we had expected (ouch). My disgust reminded me of an article I came across in Chicago Now that made me laugh and appreciate the fact that our appraiser, an idiot in my books, probably has a track record that looks something like Zillow, the real estate site that lists over 100 million homes in its database, and its home value estimator tool, Zestimate. The author of the article examines 36 recent home closings in my market — Chicago — and concludes the price estimates used by Zillow varied by 5552% to -52% from the actual sales price. The table below shows the actual data: 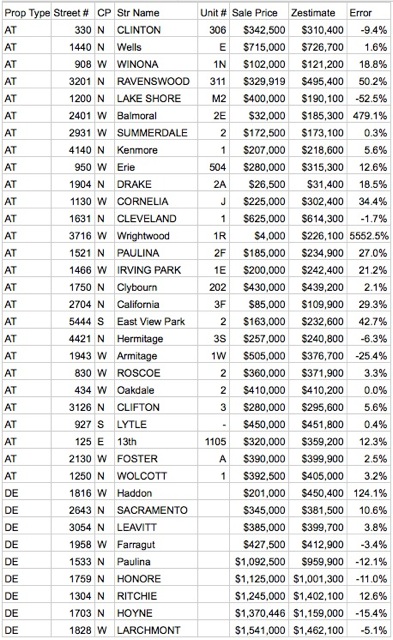 Source: Zillow and Getting Real

From that perspective, Zillow looks like a horrible failure. We’d opt for a little kinder analysis by asking the question, how often does the analyst come within ten percentage points of the actual price? In Zillow’s case, they get it right 44 percent of the time. Now granted, we can’t directly compare it to a coin toss in which we only have two choices, but seriously how much credence can one pay to any person/analyst/company that “really gets it wrong 56 percent of the time?

How Does This Relate to Steel Pricing?

No statistical regression model that we know of accurately predicts steel prices beyond eight weeks. So we ask ourselves a basic question: without naming names, why have some analysts missed their forecasts?

Though we can’t claim to know the inner workings of Zillow, we’d argue their algorithm appears flawed. Many steel analysts also have flawed models because they probably couldn’t account for all of the moving variables within their models. Recent price drops for coking coal, metallurgical coal and iron ore have caused steel prices to decline, particularly in an over-supplied market.

As someone who once tried selling their home to us said, the appraisals mean nothing what someone will actually pay is the market price.

And as for the steel soothsayers, trying to correlate all of the variables and/or assigning appropriate weights to those variables becomes a challenge. As an example, whereas my learned colleague believes Chinese credit tightening measures will have the greatest impact on falling prices (vs. the global economy or weak economic sentiment), I can’t help but wonder if the global economy will play a larger role (check out this doomsday scenario Stratfor renewal notice I received this morning): 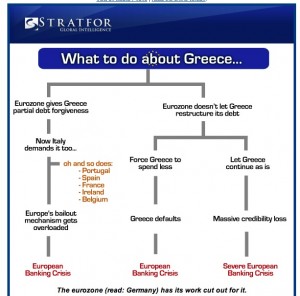 And that goes directly to the point we don’t know exactly what and by how much any of these variables will actually impact pricing. I suppose that goes for both real estate and steel!