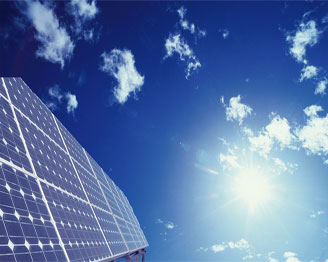 You may believe it was inevitable. Sooner or later, production of what is essentially a commodity item like photovoltaic solar panels would prove uncompetitive in Western markets as low-cost emerging markets reached critical mass and, in something of a downturn, flooded the market at prices Western producers could not match. Just about everyone commenting on the sector has been predicting the industry will only take off when panel prices drop to a level where electricity generation is economically viable without subsidy.

I should say we are not there yet; solar panels still require subsidy. In parts of Europe, they benefit from feed-in tariffs twice the current cost of power from the grid, guaranteed for 25 years as a government incentive. But panel prices in the US are reported in a NY Times article to have fallen dramatically in recent years. Wholesale prices are currently $1.00-1.20 per watt of capacity today, down from $1.80 in January and $3.30 in 2008.

Most were hoping falls in price would come from technological development and mass production, but in truth much of the fall has come about due to the market becoming awash with Chinese solar panels. From nothing in the middle of the last decade, Beijing has engineered phenomenal growth, both in domestic installed capacity and in exports. Chinese companies now export some 95 percent of the country’s solar panel production and are said to have three-fifths of global production capacity. Good news for consumers looking to take advantage of solar power, good news for the environmental lobby keen to see the uptake of renewable energy, and good news for installers for whom lower panel costs have helped fuel an industry that is growing generating capacity at 70 percent per year.

So is everyone happy? No; spare a thought for the domestic US solar panel manufacturing industry. Massive investments were made in production facilities to meet the projected demand. Controversial cases like that of Solyndra, the failed beneficiary of $528 million of government largesse (notwithstanding the impact of Chinese imports) have been dramatic.

Two other major US solar manufacturers that together are said to have represented one-sixth of US production capacity went bankrupt in August, and four others are laying off workers and cutting output. Seven producers led by Solar World, the US subsidiary of a German producer (the six other firms have kept their identities secret for fear of reprisals in accessing China’s market although how they expect to compete in China if they can’t compete in their home market is unclear) have called for anti-dumping and anti-subsidy cases against a wide range of Chinese solar panel makers.

The producers are calling for tariffs of more than 100 percent in retaliation for what they say are unfair government subsidies allowing Chinese makers to sell panels in the US, which would normally be 50 to 250 percent higher in their home market. In a Financial Times article, Timothy Brightbill, a partner with Wiley Rein, the law firm representing SolarWorld, said “China has a system of pervasive and illegal subsidy payments, including government cash grants and subsidized loans to the industry and subsidized raw material inputs. (Watch MetalMiner’s recent video interview with Brightbill here, where we discussed export restrictions and state-owned enterprises in regards to Trans-Pacific Partnership negotiations.)

Law requires the Commerce Department to issue a preliminary decision on the anti-dumping claim possibly in mid-January, but no later than late March, and on the anti-subsidy claim, no later than mid-May. Many trade experts expect that the decision would include steep tariffs on imports, but the ruling may be too late to save large sections of the US industry.

The issue is a politically charged one in Washington; President Obama made green technology and US jobs an objective by which his presidency would be judged, yet at the same time the US needs another trade dispute with China like it needs a hole in the head. The outcome is likely to be the worst possible for both issues.

PREVIOUS POST:
Chinese Steel Production and House Prices Down: Sliding Toward a Slump? – Part Two
NEXT POST:
What Groupon Ought to Say About Capacity Utilization