Having recently watched a documentary about three twenty-something friends from Michigan’s Upper Peninsula who are deployed to Afghanistan together, called “Where Soldiers Come From, I can’t help but find the notion of preventing and protecting against improvised explosive device (IED) attacks absolutely futile. (To me, it seems almost more ludicrous for the US military to have special explosive ordnance disposal (EOD) teams assigned to seek out/detonate IEDs in Afghan villages and desolate countrysides than it is for insurgents to plant them in the first placeÂ¦but that’s another story.)

One thing that’s clear is that the front end of this futility has become a very big business. The counter-IED market is an important one to a great number of manufacturers and suppliers, reiterated by a recent report from Visiongain. UK-based Visiongain is an independent information provider that partners with the US government, releasing reports on metals as well as defense, energy and pharmaceutical industries.

According to Visiongain’s comprehensive report, titled “The Counter-IED Market 2011-2021: Systems and Technologies for Force Protection, the market is worth $6.4 billion in 2011. A press release states that the report “finds a sector that is in decline from unusually high levels of spending in previous years although robust demand is still expected over the decadeÂ¦even in the era of defense spending cuts, countries are still looking to acquire counter-IED systems.

If one were to watch in-depth news reports or documentaries such as the one I mentioned above, it wouldn’t take a minute to realize that this area of defense spending would be one of the more robust. Of course, the biggest discrepancy is that IED’s, which are very cheap to make for insurgents and easy to set up and detonate, take an inordinate number of casualties and huge chunks out of defense budgets.

The US is and will continue to be the biggest spender on counter-IED equipment, such as “mine-resistant vehicles, jammers that block radio signals meant to detonate IEDs, detection and disposal systems, and robots and unmanned aerial vehicles (UAVs). India’s counter-IED market, however, also looks to be growing much stronger in the next decade or so. Visiongain notes India’s market outlook to be “very positive, forecasting it to grow from the current $130 million to $245 million in 2016 and $305 million in 2021, which would make it the second-largest market in the world.

Canadian-based Allen Vanguard Corp. and the UK’s BAE Systems Land Systems are both large suppliers in the counter-IED market. Allen Vanguard builds jammers, which are electronic devices that help disable radio-controlled IEDs, and the Vanguard and Defender remotely operated vehicles (ROVs) or robots that EOD teams use. BAE and General Dynamics Canada work together to supply the all-steel RG-31s, which are 4×4 mine-resistant vehicles, to the US military (seen below). 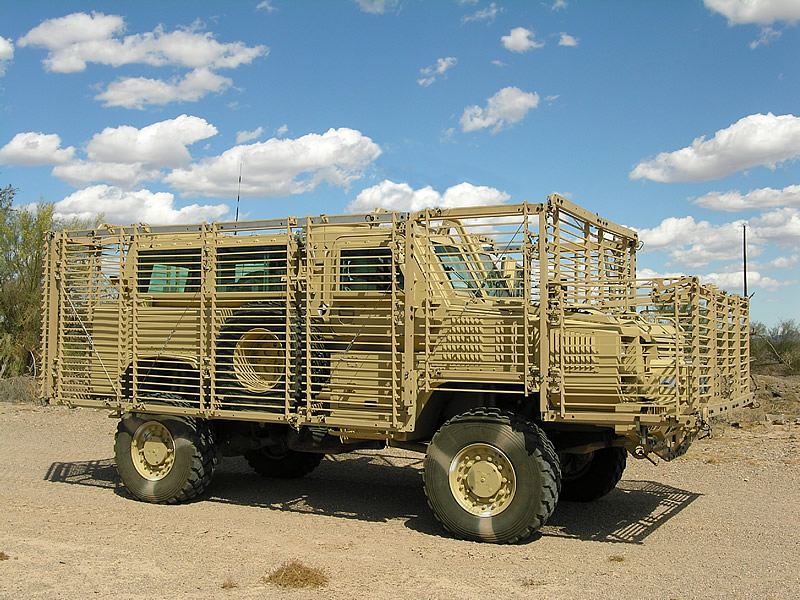 BAE also now supplies the Caiman series of mine-resistant, armor-protected (MRAP) vehicles, which were based on 2.5 and 5-ton trucks originally produced by Stewart and Stevenson (then acquired by Armor Holdings; in turn acquired by BAE).

So will the bullish outlook for this anti-insurgent equipment hold, especially after impending troop pullouts in Iraq and Afghanistan?

“The US Joint IED Defeat Organization is still being funded for over $2 billion. If you think about that, although [the organization] was at $4 billion when they were in both Iraq and Afghanistan, they’re still getting over $2 billion, Juan Navarro, president of NIITEK, a company that builds ground-penetrating radar devices, told Visiongain in an interview. “That’s an indicator that the US Department of Defense is still very focused on this counter-IED problem.