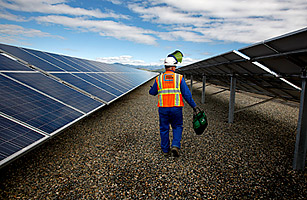 The bill, which “includes language forcing work on the proposed Keystone XL oil pipeline from Canada that Obama wants to delay until after next year’s elections” and, just as importantly, “language blocking a proposed Environmental Protection Agency rule curbing industrial pollution,” will almost certainly not pass the Senate, validating the view that government will do nothing substantive regarding industry until 2013.

Lamy: “A new chapter in China’s reform and opening — let’s see how it goes!

It’s now been 10 years since China’s accession to the WTO, and the trade body’s secretary general is making overtures to China to continue to play fair in the global trade game. You can read his speech at the link above, but let’s not forget to read between the lines. What Lamy said in Beijing: “The WTO’s relevance for China keeps growing and helps this country to address its reform challenges.” What Lamy meant: Because you decided to be in this club, we really hope you stop cheating.

Why 2012 Will Be a Bad Year For Renewable Energy

An interesting piece from Time magazine: without the Production Tax Credits (PTCs), where will the wind and solar industries be?