Titanic: Unsinkable? No. Unsellable? Hopefully Not.

Before my flight back to Chicago this past Monday, my mom handed me a newspaper. You have to read the Titanicâ€ article, Brianna. It will be worth your time. As perhaps the largest piece of historical metal to be discussed in the news this week, I couldn’t have agreed with her more. Thanks, Mom.

Guernsey’s Auctioneers & Brokers, a New York City auction house, is preparing an anniversary auction for artifacts retrieved from the Titanic (the famous ocean liner that, after hitting an iceberg, sunk to the bottom of the North Atlantic on April 15, 1912 — but you knew that). Among the 5,000-piece collection, which was appraised in 2007 at $189 million, is a 17-ton section of the Titanic’s hull, personal belongings from passengers and crew including a beautiful ring, a wire mesh purse and reading glasses. 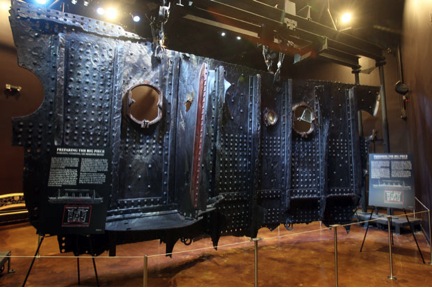 One of the items to be auctioned off on April 1 is this 17-ton hull retrieved from the RMS Titanic. Woah, right? Source: RMS Titanic, Inc / AP

The famous bronze cherub that once decorated the grand staircase will also be included: 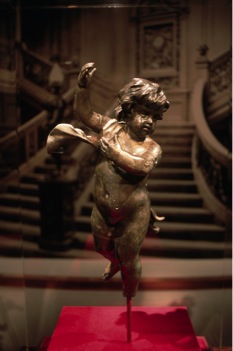 However, don’t expect the opportunity to buy an artifact for your company’s metals show-and-tell — the artifacts cannot be sold individually. And, by court order, the artifacts will only be sold to a buyer who agrees to properly maintain the collection and make it available for occasional public viewing. The sale is subject to court approval.â€

Compiled from seven expeditions to the wreck between 1987 and 2004 — which rests 2.5 miles below the ocean surface â€“ the collection has been under the care of RMS Titanic for the past 18 years.

So, why sell now? According to Brian Wainger, a spokesman for Premier Exhibitions Inc., of which RMS Titanic is a division: It’s better to be in the hands of a private institution that doesn’t have the same short-term profit obligations that a public company has.â€