Let’s talk about the steel market, shall we?

We feel like we’ve neglected the steel market for so long that, before we get into any sort of forward-looking territory, a recap of some news should be in order.

What the US Produced

First things first: the domestic market seems to be on the up and up. In short, 2011 was a better year for US steel production, according to American Iron and Steel Institute (AISI) figures. Although the final numbers should come out later this month, AISI’s prelim figures show nearly an 8 percent increase over 2010 — an estimated 95.6 million tons of raw steel were produced last year, compared to about 88.6 million tons in 2010. Those tonnages are a result of an average 75% capacity utilization in 2011, compared to 70% in 2010.

Why’s production up so much? A solid case can be made that it’s mostly due to the surging automotive sector, especially US automakers. Since Toyota and Honda took such hits for the balance of 2011 after the Japan tsunami, GM, Ford and Chrysler had a good year. In fact, just over the past week, Industry Week ran a slew of positive stories concerning the Big Three and the global auto industry:

Chrysler will add 1,250 jobs in Detroit, where it plans to re-open a plant to build the SRT Viper; Ford evidently opens a new dealership in India every 10 days; Argentina posted record auto production in 2011; and Bentley sales rose in the US and Europe — and doubled in China — in 2011.

Oh, and how does GM plan to fix the Chevy Volt’s battery problems? More steel. 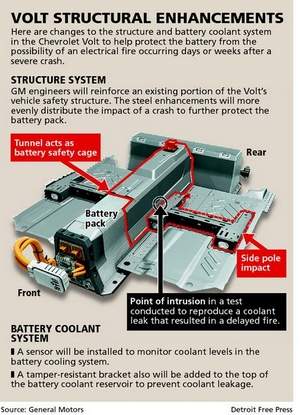 What the World Demands

Car demand means steel demand, and steel demand means iron ore mining will be up in the US. The Iron Mining Association of Minnesota certainly has an optimistic outlook based on predicted 2012 auto production, according to this article, and that demand sounds like good news to firms such as Essar Steel.

Although domestic producers and domestic demand seems robust enough, what does global steel demand look like — especially in China? CISA, China’s main steel association, expects the country’s apparent crude steel consumption to rise by about 4 percent in 2012, according to Reuters. But the demand outlook is dim, primarily because China’s real estate market could be in for a hard landing.

Baosteel thinks so too, as they won’t be increasing product prices in February, Reuters also reported. The article quotes an analyst from Smart Timing Steel in Hong Kong as saying prices will rise after the Lunar New Year holiday, but not by much, while an analyst at China’s Orient Futures fully expects steel prices to drop. Either way, there’s limited upside potential for [Chinese] steel demand in the coming year.â€

Gerdau’s latest Steel Market Update indicators show a decrease of 3.5 percent in service centers’ shipments on a 3-month moving average, while service center inventories are down 2.2 percent. Three-month shipments of long products, however, are up.

So what’ll be happening to domestic steel prices for the next quarter or two? North American flat prices began rising in November of last year, and long product prices began going up in December. How long this trend will continue is anybody’s guess, but the slow ascent should maintain through Q1, perhaps into Q2, before prices come off after inventory levels are reached.