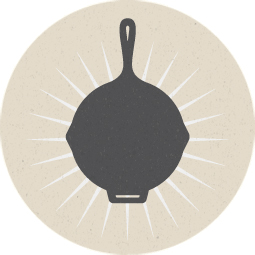 How can we resist a business with the name of Cast Iron Design Company? It naturally feeds our biases of design and metal.

Cast Iron Design Company was co-founded and is co-owned by Richard Roche and Jonathan Black. The two met at design school and have combined their shared graphic design sensibilities, including a passion for environmental responsibility, ever since. They also find inspiration in an object that galvanized their interests and collaborationâ€”the cast iron skillet. As they put it:

The name Cast Iron Design Company refers to the classic cast iron skillet. The timeless, efficient, and functional qualities of the cast iron skillet are all characteristics we strive for in our design work. Cast iron skillets are heirloom objects, often lasting hundreds of years, passed down from generation to generation. They are made of a singular material (iron), which is relatively simple to melt down and use to make something else. Cast iron cookware leeches healthy doses of iron into your diet, in contrast to contemporary cookware, which instead leeches traces of carcinogenic [sic] teflon. We’re also quite fond of the connotations people have with a cast iron skillet, such as memories of grandma fryin’ up eggs & toast for breakfast, lumberjacks cooking a stack of flapjacks over an open fire, or old fashioned wives chasing their [sic] nar-do-well husbands out of the house.â€

The boldness expressed in the rationale behind their name is likewise reflected in their work, such as this screen-printed poster, the Kraftâ€ version, from their Refrigeratorâ€ series. 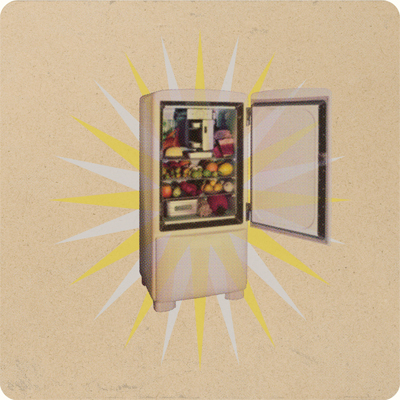 The value of hands-on work is manifested in this Promotional Poster. As the duo described it, for a fictitious event that would surely dazzle and astound all in attendance. The smell of sweat, steel, and determination would fill the air.â€ 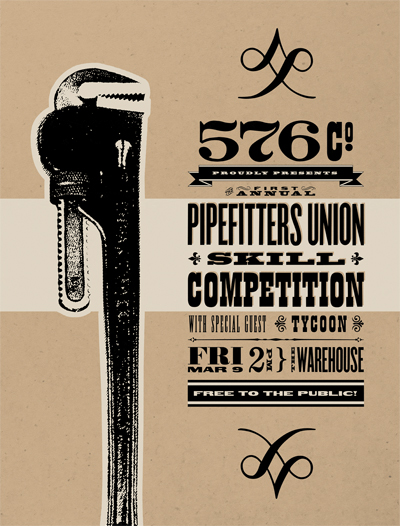 To Roche and Black, the cast iron skillet is more than just a object, it’s an applied attitude to work hard and strive for qualityâ€”timeless practices in themselves.