Anni Albers was a student at the The Bauhaus in Dessau, Germany. In 1933 she taught, by invitation, at Black Mountain College in North Carolina until 1949. Albers focused on weaving design and production in the 1950s, and became known for her textile patterns, which she transformed into colorful tapestries. 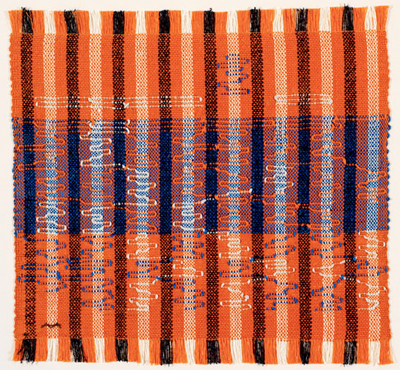 Though it can be deemed a hobby, her metal jewelry designs are just as singular in their imagination as her weavings. The key lies in their uncommon use of common objects. Albers explained, “Being creative is not so much the desire to do something as the listening to that which wants to be done: the dictation of the materials.”* Paper clips, kitchen strainers, fasteners were listened to, and they were improvised as wearable objects—elegant and enlightened. 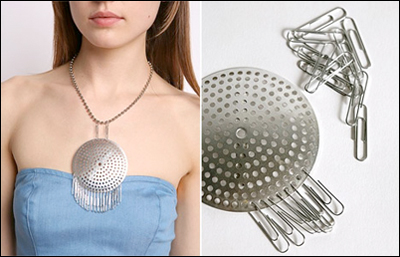 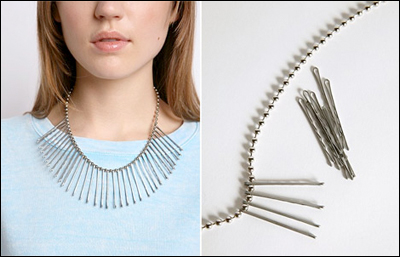 Like her crafting of compositions in fabric, Anni Albers imbues metal with both style and softness.

* Via The Improvised Life’s blog post “improvising as ‘listening’”