Home | Macroeconomics | Reports from Davos: Do We Take the Word of Soros or Roubini?

Reports from Davos: Do We Take the Word of Soros or Roubini?

Most economists and commentators surrounding the proceedings at Davos have been focused more on the risks of Greece or Portugal’s potential exit from the euro, or worse — a complete breakup of the peripheral states, leaving just a core of northern economies with Germany at the center.

Lloyds Bank in the UK charted growth prospects for the US market up to the middle of the decade, identifying a Euro-zone break-up as both the greatest risk of happening 30% chance, against a China hard landing at 10% or a corporate profit lead investment boom at 15%. 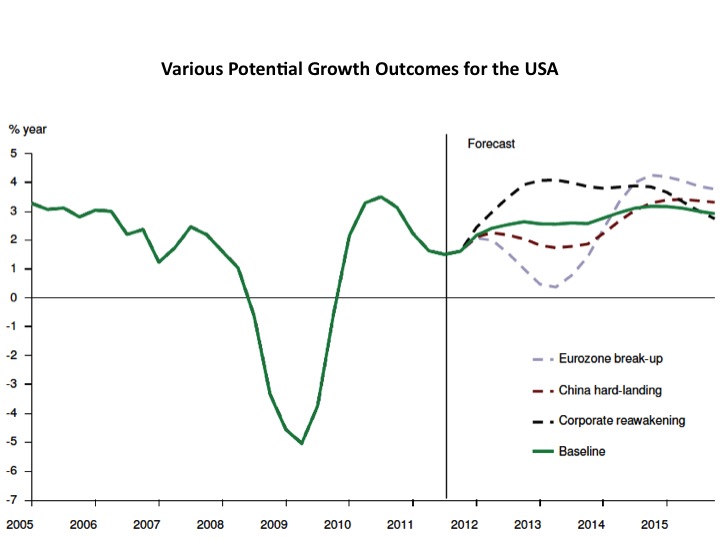 Interestingly, although Soros is warning of the risks to Europe and the global economy arising from politicians’ inability to face up to reality, he is reported to still be buying high-yielding Italian bonds, so he appears to think European leaders are not prepared to see Italy default even as Angela Merkel, the German chancellor, talks of the inevitability of a Greek debt default.

Not one to miss the opportunity for a headline, especially if it is negative, Nouriel Roubini used the forum to criticize global leaders for failing to address trade imbalances, capital flows, water resources, immigration and climate change, calling the G20 “G Zero.”

“There is complete disagreement and disarray. That’s the sense of the G Zero,” the Telegraph quotes him as saying. Meanwhile, on top of debt and budget crisis in Europe and the US, Roubini also cites inflation in energy and food prices as flash points for the year ahead. Giving some credence to his argument, while China’s economy has been growing at 9.8 percent, food inflation has been running at 9.5 percent, and stripping out food, underlying inflation is only 2.1 percent. However, his suggestion that the oil price hitting $148/barrel is what tipped the world into a recession in 2008 is only part of the story — an already collapsing US property market and Lehman Brothers played their part too.

Politicians, economists and hedgies alike seem to be of similar mind that the next year or two is going to be a struggle. Whether it is going to be as bad as their warnings we have to question, but on one point we would agree: an early resolution of Europe’s problems would set that troubled region on the road to a slow recovery and improve the prospects for the rest of the world considerably.