In January 1880, three months before the railroad arrived, Albuquerque, New Mexico, was proclaimed as the division point between the Atchison, Topeka and Santa Fe Railway, and the Atlantic and Pacific Railroad. (1) In the 1950s, the Albuquerque Rail Yards was a major locomotive repair center. A proud Albuquerque local, innkeeper Sarah Miles Dolk, highlighted the fact that her home—nicknamed The Duke City—“was the ONLY place between Chicago and the Pacific Coast that a locomotive could be repaired or overhauled during the height of the train era in the United States.” (2) 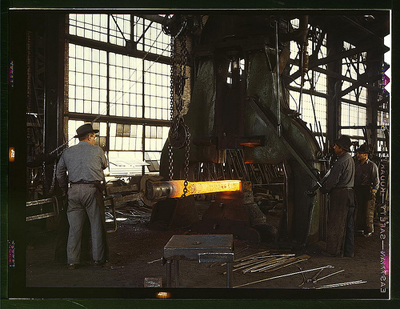 Hammering out a draw bar on the steam drop hammer in the blacksmith shop, in Santa Fe R.R. shops, Albuquerque, New Mexico, March 1943. Photographed by Jack Delano. Source: The Library of Congress

The Depression, World War II, the move from steam- to diesel-powered engines, and operational changes all contributed to a gradual under-utilization of the Albuquerque Rail Yards, which devolved from its primary repair purpose to maintenance and storage. Its area ultimately became a symbol of Albuquerque’s railroad-rooted past: 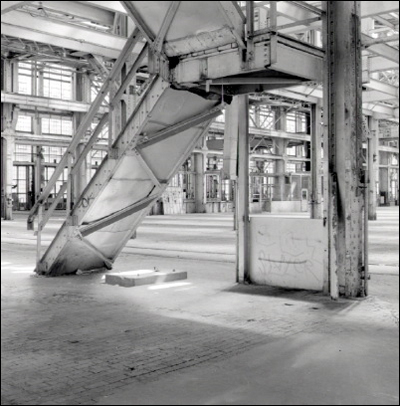 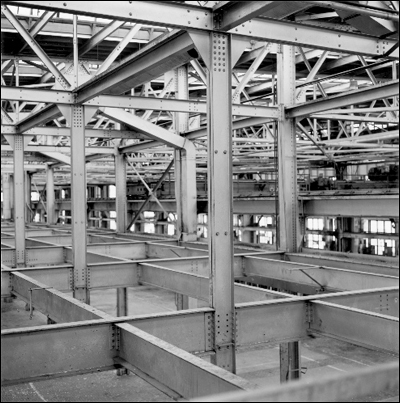 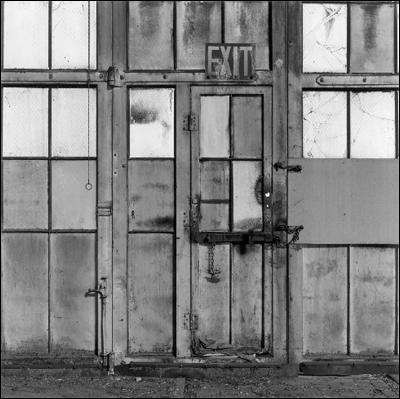 In November 2007, the City of Albuquerque purchased the 27.3 acres of the Albuquerque Rail Yards with the intention of restoration and preservation. (3) The buildings are bare but never shallow of The Duke City’s historic sights and beats of locomotion.

To know more about the Albuquerque Rail Yards, read the post “Train I Ride” by CITY OF DUST blogger JMHouse, based in Albuquerque, and comprehensive article “The Historic Railroad Buildings of Albuquerque” by Chris Wilson, J.B. Jackson Professor of Cultural Landscape Studies and Director of the Historic Preservation and Regionalism Program, both at the School of Architecture and Planning, University of New Mexico.

(1), (3) “Albuquerque Rail Yards Redevelopment” by City of Albuquerque which includes a plan is to relocate The Wheels Transportation Museum

(2) “Trains in Albuquerque, Old and New” by Sarah Miles Dolk