At a recent presentation to a group of industry CEOs, my colleague Lisa Reisman was asked for her views on the nickel market. Coincidentally, this was a topic we had been discussing just the day before, and although we had written about it as recently as early December, there had been so much movement we felt the CEOs’ interest — and a follow-up blog — were entirely appropriate. 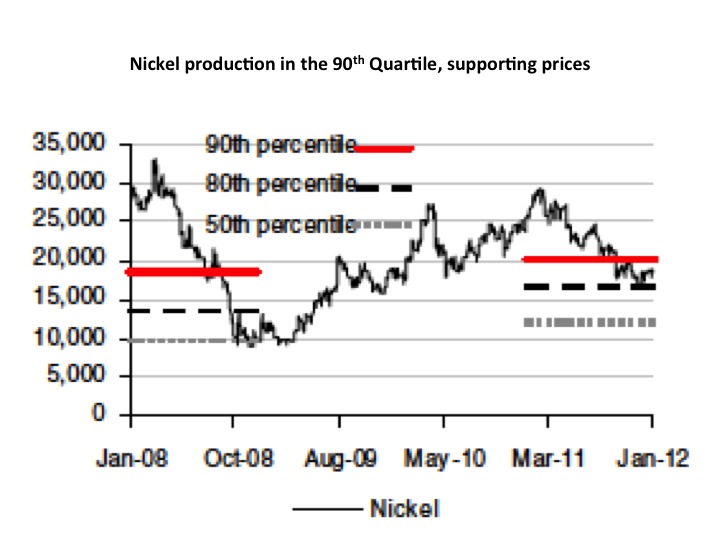 As Chinese nickel pig iron (NPI) is in loss-making territory and many nickel producers are hovering around the break-even point at current prices, any further drop would result in mines and smelters being idled. The trend we identified back in December of falling NPI production (at that time nickel was around $16,500 per ton and NPI producers were losing money hand over fist) and rising Chinese imports of refined nickel has continued.

LME nickel inventories have been down 34 percent in the last 12 months to 94,000 tons, indicating a tighter physical market, with primary nickel being preferred over NPI in China — no doubt creating a spur to the draw-downs. The big unknown is how quickly new mine supply arrives on the scene. At least two of them — Goro and Ambatovy — rely on the problematic High Pressure Acid Leach process that has proved challenging to bring on stream. Both projects are already 12 months overdue, but even so, HSBC believes of the seven new major projects in their late development or early ramp-up stages, five will be producing in 2012, adding 80,000 tons to global supply. 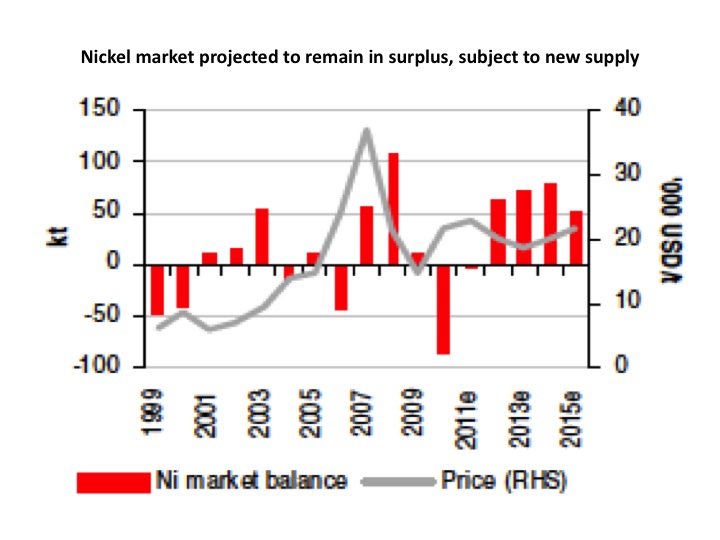 Even accepting that there is a risk, these may not all deliver on time. The probability is the market will remain in surplus, yet the cost structure of the industry does not allow for a prolonged sell-off from current levels; the market remains in a kind of balance with NPI production proving less attractive (and a slight shift to austenitic grades encouraging more refined metal uptake supporting prices), but counter-balanced by the oversupply position, capping a strong rise in prices.

For once, the fundamentals are asserting themselves on a metals market – long may it continue.