Looks like ZincOx will drop the mining yoke and start pulling the recycling plow.

The FT reported that the UK-based company, originally invested in zinc mining, will be shifting over to zinc recycling to become profitable again. ZincOx built a plant in South Korea, and after it finally begins producing and selling finished zinc, looks to expand to Turkey, China, and the US. 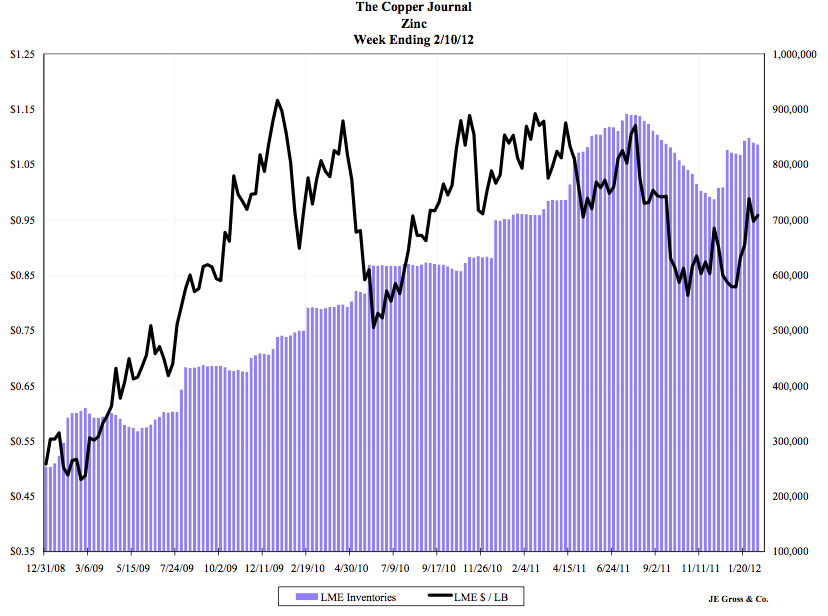 How the Technology Works

Electric arc furnace dust (EAFD) is a toxic byproduct of the EAF steelmaking process, containing cadmium, lead and zinc (18-24% grade). ZincOx has been honing a process for six years, by which they can extract the zinc portion from EAFD (at a purer grade than mining it from the ground, no less) and produce zinc concentrate.

For context, about 1.5 million tons of zinc are lost to dust during the EAF steelmaking process per year, while zinc production is about 12 million tons per year, according to a presentation last September by Andrew Woollett, ZincOx’s executive chairman.

In the presentation, Woollett outlined how the technology works by showing this slide: 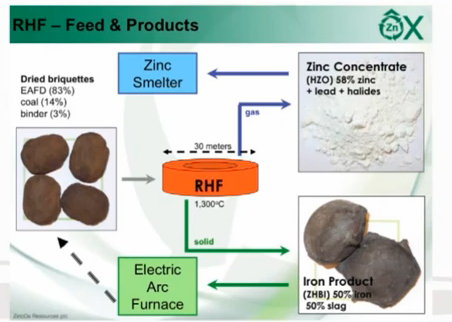 They take the dust and mix it with pulverized coal and put it into a briquette. Then they dry, cure and screen it to insert clean briquettes into a rotating hearth furnace (RHF), Woollett said. That yields 58% grade zinc concentrate, which goes to a zinc smelter, while the iron-based remainder can go back to EAF mills. Ultimately, it’s a sustainable, closed-loop process. (More detail on that here.)

EAFD has been a thorn in steelmakers’ sides for years, according to Joanne Hart in this article. “Many treat it as toxic waste, placing it in special bags and sending it to landfill sites, a process that is wasteful, environmentally questionable and costly.”

According to the FT, that can cost $40-50 per ton. Hart writes that operators of special kilns that recycle the waste “charge at least £50 [$78] a ton to remove the dust from steel furnaces and the zinc produced is relatively low grade.”

However, ZincOx offers to take the EAFD off steelmakers’ hands for free. (The new Korean plant will be able to process 200,000 tons of dust per year.)

“‘It’s very important to get the dust supply,” Woollett told the FT, ‘adding that he was forging strong ties with the steelmakers by offering deals where the waste suppliers would be compensated for rises in the zinc price. “‘We cut them in on the upside.’”

How the Zinc (Supply) Market Wins