The Steel Effect in Engraving

Engraving is the “practice of incising a design on to a hard, usually flat surface, by cutting grooves into it,” according to a Wikipedia entry. Among engravers, the rule of thumb for evaluating the engraving’s source material falls into two chronologically defined camps, as outlined by “Cooper & steel engraving explained” by Steve Bartrick of Steve Bartrick Antique Prints and Maps: before 1821, it is copper; after 1830, it is steel.

The transition from copper to steel in engraving is due to the aesthetic and operational advantages that steel possessed. Aesthetically, steel engraving provided better detail and precision in visual composition. Operationally, it provided durability—steel engraving could be re-used to achieve thousands of copies before deteriorating. Steel engravings are still used in currency printing.

Steel engraving’s intricate results, demonstrated most clearly in a very small space, is evident in these examples: 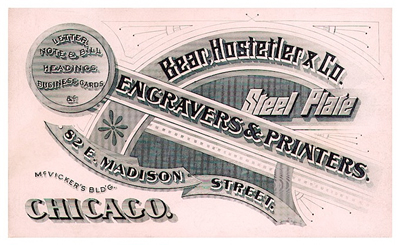 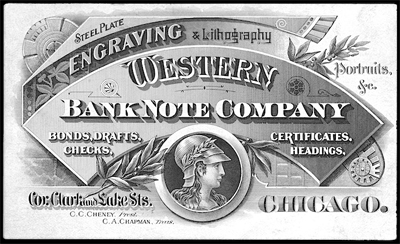 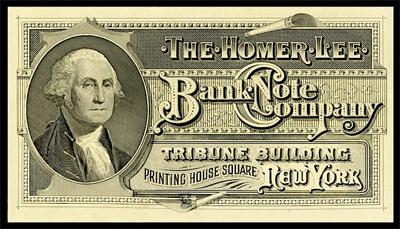 Using a hardened steel tool called a burin, the engraver crafts images out of amazingly fine lines. As seen in these examples, the typography and patterns are very carefully and patiently drawn and printed—to full and fine effect.