Copper seems caught between the fear factor of Greek default and the prospects for Chinese physical demand. Copper prices have jumped 15 percent since the beginning of the year, but Chinese buyers have largely avoided the spot market. 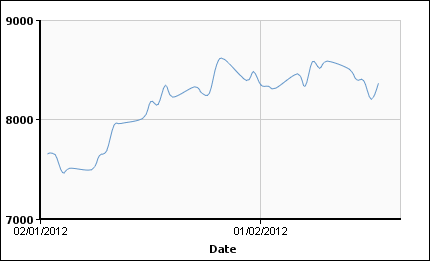 As a result, the FT reports, stocks at Shanghai Futures Exchange (SHFE) warehouses last week rose to the highest in a decade, up 160,000 metric tons since early December. Inventories in bonded warehouses, where metal can sit before import duties have been paid, have risen from 200,000 to about 400,000 tons over the same period, the report says. Meanwhile, premiums for metal in bonded warehouses above LME prices have fallen to as little as $60 a ton, down from more than $120 at the start of the year, further illustrating the lack of spot buying.

Although China’s central bank cut reserve requirements for domestic banks, a step that is expected to release some $50 billion for lending according to Reuters, it is not likely to filter through to metal-consuming companies in the near term. Greater liquidity in the economy is anyway aimed at consumers in a bid to encourage a pick-up in the production of consumables such as white goods that have slowed along with the housing market. Goldman Sachs economists are quoted as predicting a 20-30 percent year-on-year drop in property starts in the first quarter.

Not that the Chinese economy is in dire shape; it is merely at the low point of an enforced slowing needed to squeeze out inflation. Demand will pick up, but it may not be until the second half before demand begins to pick up. As Jerome Booth wrote this week in the Telegraph, China’s banks do not have a banking crisis (most of which are state-owned and can be supported ad infinitum by Beijing); it has an overstock of property and prices need to adjust. But that process is in motion — the gradual appreciation of the currency is helping squeeze inflation out of the economy and encouraging the redirection of investment into areas better positioned to meet domestic rather than export demand.

Meanwhile, the copper supply/demand market is in better balance than expected. The WBMS reported recently that global copper reported a surplus of 69,100 tons last year, compared to a 175,000-ton deficit in 2010. The forward curve is in healthy contango, suggesting a market adequately supplied with metal, and no one is expecting a sudden surge in demand to unsettle that position anytime soon. So even the copper bulls are reported as predicting prices could rise to only $9,000-10,000 per ton, down on some over-enthusiastic investors’ expectations of up to $13,000 per ton last year.

Sooner or later, more likely later, demand will pick up as the European situation resolves itself later this year and clear signs of a pick-up in China emerge, but the probability is that both will take time, while inventory levels could continue to rise, keeping a lid on prices, in HSBC’s view, at or around current levels of $8,500 per ton.