Cost overruns and project delays with large infrastructure projects are nothing new, as we’ve seen and read about plenty of times this past year. What with the San Francisco Bay Bridge construction contract being given to China and the ensuing firestorm, perhaps one might think there would be no more room for infrastructure construction drama in the Western hemisphere.

But lo and behold, there’s plenty of room — still in the West, but in the Southern hemisphere this time. 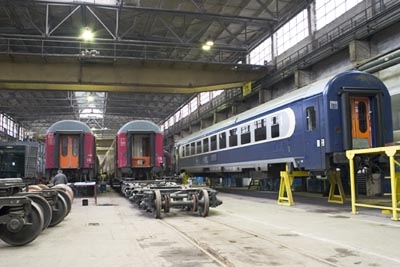 Perhaps not as controversial, but equally headache-inducing, have been the project delays plaguing Brazil’s latest infrastructure “improvement” — building a high-speed railway between its two largest cities, Rio de Janeiro and Sao Paulo. (Trem de Alta Velocidade, in the Portuguese.) The process has been dragging on for a year and a quarter now. Why?

The Brazilian government thought it a good idea to have private investors bid to build and run the thing, and they essentially said, “Nah, we’ll pass” — three consecutive times. (Once in Dec. 2010, then in April and July 2011.) The 510-kilometer (318-mile) train project’s initial cost estimate was R$33 billion ($19.3 billion) and the project would be entirely at the investors’ own risk, without any revenue guarantees. Ultimately, there would be no hedge (i.e. taxpayer dollars) built in against rising capital costs and overruns — which is exactly what happened to California’s high-speed train project, the costs of which doubled in the last three years, according to this article.

But the Brazilian government has now gotten serious about getting this done. Earlier this month, the Agencia Nacional de Transportes Terrestres (ANTT) allocated 58 percent of the R$205 million ($120 million) dedicated to improve transportation infrastructure directly to studying “high-speed rail implementation.”

Shortly thereafter, President Dilma Rousseff announced that further funds would be put toward high-speed rail infrastructure, as well as several other existing projects, including the North-South Railway, the Transnordestina, and the Sao Paulo ring railway — a total of R$46 billion on 4,600 kilometers of railway by 2014.

In a bureaucracy that’s harder to wade through than many others, however, Brazilians will have to wait a bit to get on that first bullet train. The whole project won’t be done until 2022, according to Brazil’s Transportation Minister Paulo Sergio Passos who was quoted in a Bloomberg article. He told Bloomberg two new stages of auctioning for the concession contract are set; “technology and operator” of the train should be set by December, and choosing the contractor that will build the infrastructure by 2014. It’ll take six years to build.

At least it appears Brazil has the money — the country’s GDP has been on an up-trend since mid-last decade, and inflation, although volatile over the past four years, has been coming off since Q3 2011:

But that doesn’t mean the annual GDP growth rate (see graph above) hasn’t been taking hits; nor that GDP per capita is even close to where it should be to support a high-speed rail line. According Wendell Cox, studies have indicated that ridership estimates for such trains are usually inflated by as much as 65 percent, while the reality of how many will ride the train is grimmer. For example, a ticket on the Rio-Sao Paulo line would cost about $100 — most of Brazil’s citizens can’t afford that.

So it doesn’t look as though the metals markets will be moved much by Brazil’s infrastructure spending for at least several years. Even provided that the drawbacks of high-speed rail construction don’t block its eventual implementation, the Americas’ quickest-moving large economy and its infrastructure demand will have to move much faster for the investment to be economically feasible.

PREVIOUS POST:
Video: Lisa and Jason on "Why Commodity EDGE?"
NEXT POST:
Glencore's Latest Contract a Bullish Call for Zinc?