Copper, the perennial driver of the China bull narrative, is beginning to look less firm in coming years than we have come to expect in the past. Building on a copper presentation we gave at the MetalMiner and Spend Matters Commodity EDGE conference in Chicago last week, we would like to step back from day-to-day copper movements and look at the longer term.

A recent report from the French bank BNP Paribas holds some useful tables of projected new mine production and the supply/demand balance. The story of copper has been one of both constrained supply and constrained demand. From what one hears in the trade press, one could be mistaken for believing copper demand has gone through the roof over recent years and simply outstripped supply, but in fact, along with tin, copper demand has been sluggish at best.

BNP estimates copper’s compound annual growth rate has been just 3 percent between 2001 and 2011, compared with 3.8 percent for the global economy and 6.6 percent for aluminum, the nearest comparable major industrial metal. 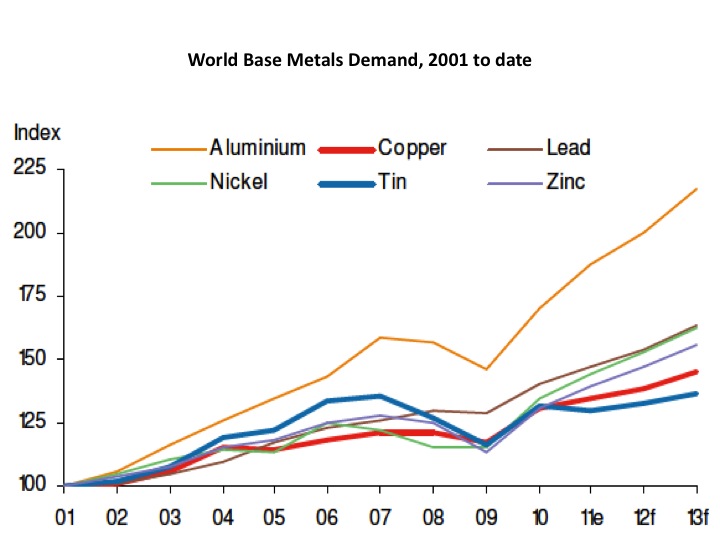 The problem, though, has been the supply side. Due to chronic under-investment and falling ore grades, world copper mine output rose by less than 10 percent from 2005 to 2011. As a result, any pick-up in demand such as re-stocking in China is accompanied by large swings in visible inventory, as we have been seeing recently with falling Asian LME stocks and rising Shanghai bonded warehouse stocks.

The market takes this as rising demand in a constrained supply market, supporting if not actually driving prices higher, when in fact it is a relatively balanced market. The World Bureau of Metal Statistics, in its most recent report, stated the copper market was in surplus for 2011 by just 69,000 tons and HSBC estimates it will remain with a small surplus in 2012, but BNP believes the copper market will record a deficit in 2012 to the tune of 300,000 tons.

So much for the current state of affairs — what is the view going forward?

The under-investment of the 2000s is being rectified. Both major and medium miners have been pouring billions into upgrading existing mines, such as BNP/Rio’s Escondida, and developing new resources, such as Oyu Tolgoi in Mongolia. The net result will be a rapidly improving supply market starting later this year, but really getting into swing from 2013/14. 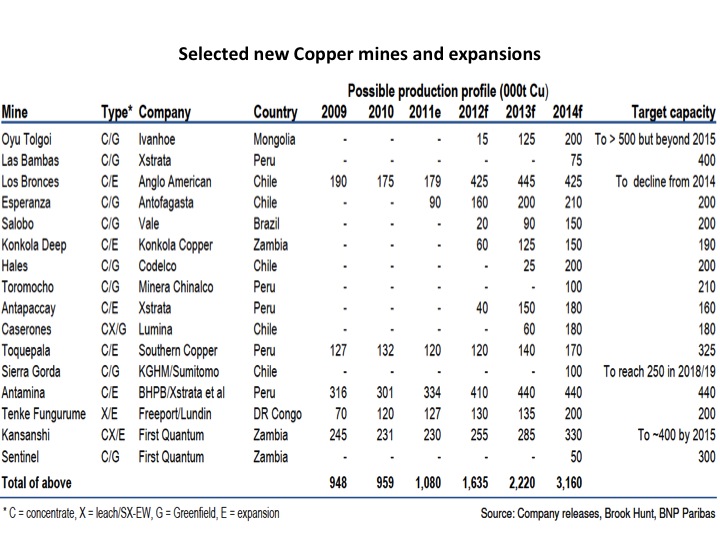 Of course, there is some degree of uncertainty around how fast these mines will begin to significantly add capacity. Previous delays have contributed to the tight market we have at the moment and both geological, technological, political and financial problems have combined to slow capacity addition in recent years, but by the middle of the decade, all these mines are expected to be adding considerably to global supply and removing one of the price support mechanisms copper has enjoyed since the middle of the last decade. 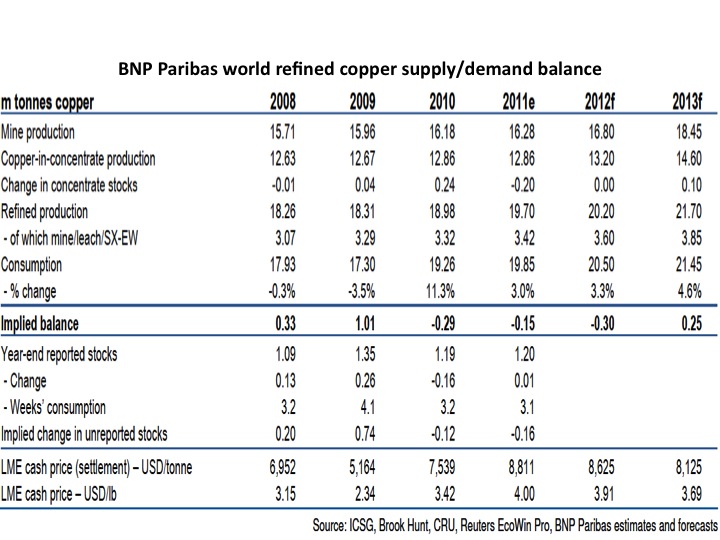