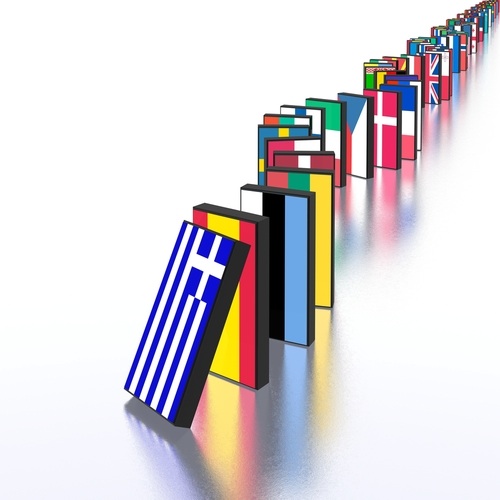 Just when we thought the European debt crisis was behind us, at least for a while, it is back center-stage and frightening the markets. Not yet frightening them as much as it should…but give it time.

As Greece slips from the front pages, the much larger problem of Spain takes the limelight. Spain Prime Minister Mariano Rajoy’s PP party failed to win a majority in the recent regional elections for Andalusia, according to the Telegraph.

Ruling from a minority position will severely hamper the already tough challenge the PP party faces in Andalusia to implement austerity measures demanded of the whole country by the rest of the EU. Where Andalusia has led other provinces will likely follow as a national strike this Thursday underlines widespread opposition to further austerity as the economy gradually implodes.

Yields on Spanish debt have started to rise again, as investors fear either Spain’s unwillingness to implement the required cuts or a leaking of support by Spain’s EU partners, or both. So far, rates are “only” at about 5.4 percent, up from 4.9 percent at the beginning of the month, but anywhere over 5 percent is painfully high and much depends on the market’s confidence that debt reduction will be delivered.

Following a significant deficit overshoot last year, Mariano Rajoy informed Brussels earlier this year that it was aiming for a budget deficit this year of 5.8 percent of gross domestic product, significantly higher than the 4.4 percent agreed earlier. Following intense public and behind-the-scenes “discussions,” Spain and the EU agreed on a revised target of 5.4 percent for this year, but kept the 3 percent target for next year.

The market’s fear is Spain will not deliver. Indeed, to achieve a significant budget reduction in the face of a contracting economy is a major challenge, even with the population behind you. On top of this, the suspicion is growing that Spain’s position is even worse than it seems as projection falls short of reality.

How is Greece an example? Continued in Part Two.