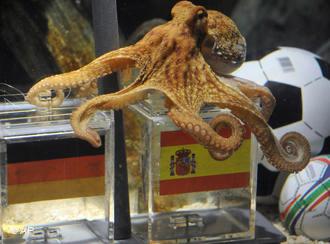 In the autumn of 2010, the International Monetary Fund thought Greece would shrink by a rather modest 2.6 percent in 2011. We now know the economy last year fell about 7 percent. The Greek fiscal position was bad not only because of a lack of effort, but also because the economic problems were far stronger than expected; the fear is that with 25%+ unemployment and a severe economic squeeze just starting, Spain will contract more than expected. Major deficit reduction in the wake of economic collapse is near enough impossible, the FT suggests, yet the more Spain resists deficit reduction, the greater the eventual scale of the problem will be.

An article in the Independent postulates a third cause for concern among investors, which unfortunately runs counter to the previous positions; namely that austerity, demanded by the EU, is driving the Spanish economy further into the mire and making the need for a rescue (which the EU might not be able to afford) all the more likely.

The problem is Spain cannot address both fears. They either implement austerity measures to satisfy conventional wisdom and their EU paymasters, or they try to reduce debt via growth, which essentially involves stimulating the economy – almost impossible to do while simultaneously reducing government spending and trying to balance the books.

As with Greece, Germany is claiming that the existing facilities are sufficient, but it may be, just as with Greece, that the market has other ideas and that in order to avert a run on Spanish debt, eventually the richer northern states will have to stump up a bailout for Spain as they did for Greece.

The scale of the problem, however, is on a whole different magnitude with Spain.