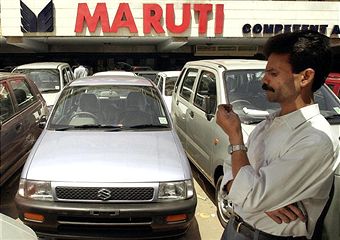 The Indian auto industry is under pressure with the announcements made recently in the country’s annual budget, reports Business Line.

India’s government budget spared diesel vehicles from additional tax, but according to the report, it proposed a customs duty increase on non-alloy, flat-rolled steel from 5 percent to 7.5 percent.

The increase was widely expected even as the steel industry wanted the duty to be increased to 10 percent, though imports of finished flat-rolled carbon steel products into India have been on a downward trend this year.

The auto industry fears that the proposed hike in customs duty will make imported flat-rolled steel costlier and ultimately will increase the competitiveness of the domestic steel companies that manufacture flat-rolled steel.

Steel is widely used in auto manufacturing and auto parts. The metal is used in car exhaust systems even as the use of steel will soon be common in chassis, suspension, body, fuel tank and catalytic converter applications.

Any price hike in steel is always a matter of concern for the auto industry because they come under pressure to pass along the costs in the prices of their products. However, the Society of Indian Automobile Manufacturers (SIAM) says that the auto industry had not expected the increase in customs duty on non-alloy flat-rolled steel products.

Whew! on the Diesel Tax

Before the 2012-13 budget was presented, SIAM had said that fear of diesel tax and lack of a clear roadmap on diesel pricing led auto companies to hold back investments of more than Rs 30 billion ($600 million) in India.

Currently, petrol is deregulated in India but diesel prices are still decided by the government.

SIAM President S. Sandilya said that under the current difficult economic environment, India’s finance minister has tried to balance the need for growth with fiscal compulsions.

According to an official statement issued by SIAM, while there are several positive things, the auto industry had expected the Finance Minister to come out with specific timelines for introducing the Direct Tax Code (DTC) and how petroleum subsidies would be addressed.

While the auto industry appreciates that there was a compulsion to increase base rates of service tax and excise duty, the industry had hoped that the excise duty on large cars would have come down from 22 percent to 16 percent rather than going up. The 27 percent excise duty will increase tax significantly for large premium cars.