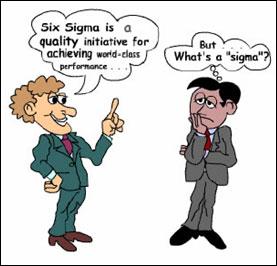 The surprise point should be GE’s adoption of lean manufacturing as a counter to low emerging-market labor rates.

Lean manufacturing has been around for decades and benefits should have been won ten years back, but in GE’s case, a focus on statistically based, top-down Six Sigma appears to have taken the management’s eye off the benefits of lean manufacturing, according to Professor Jeffrey Liker of the University of Michigan, as detailed in a separate article.

Six Sigma was very much the previous CEO Jack Welch’s approach, but when he retired in 2001 the new CEO Jeff Immelt embraced lean with significant results — not that the two are mutually exclusive, but the differences have proved significant. The FT quotes a Harvard Business Review article in which Jeff Immelt said that by using lean production, Louisville’s Appliance Park teams have cut the time taken to build a dishwasher by 68 percent.

For GE, lean also means co-locating all the functions associated with manufacturing — design, engineering, quality control, production, and even product development — on the same site, so opportunities to improve the process or respond to changes in the market can be acted on quickly. As supporters of onshoring will be quick to point out, these are benefits that are impossible to achieve with outsourced manufacturing in a low-wage economy.

GE is not alone in taking this step, but they are leading the charge in terms of commitment. Immelt is said to be investing $1 billion into GE’s appliance division; that’s a pretty big bet on the future of US manufacturing.

But history has shown that where GE leads, others often follow. Let’s hope that proves the case again.

PREVIOUS POST:
GE Leading Charge in Reshoring – Part One
NEXT POST:
Europe and the US: Tale of Two Continents – Part One