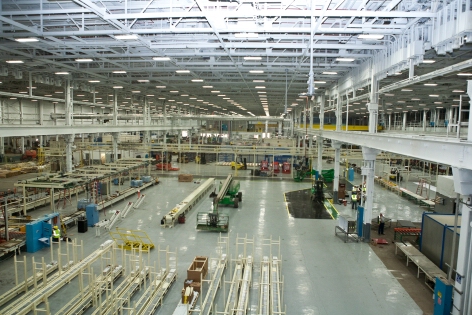 Some are holding up General Electric’s Louisville plant in Kentucky as an example of the growing trend of reshoring, the bringing back to the US of manufacturing lost to emerging markets as US firms sought to compete against low-cost imports in the last decade.

The surprise is that GE should look to move production of appliances, such as refrigerators and water heaters, back to the US in preference to higher-value-add products.

Why Is GE Reshoring?

GE’s appliances and lighting division made a profit margin of just 3.5 percent last year, compared to 15 percent or more for the group’s other industrial businesses. As an FT article points out, this is a tough market with labor making up a significant percentage of the production costs. Competitors are still moving production offshore; Whirlpool said last October it was shutting down a plant in Arkansas, while Electrolux closed a plant in Iowa — both moved production to Mexico.

Quoting Chip Blankenship, chief executive of GE Appliances, the paper says three factors persuaded the group to bring production back to the US. Firstly, the adoption of “lean” manufacturing and design techniques that made the plant more efficient and took labor content out of production; secondly, the move to a two-tier workforce that means new employees are paid $13 per hour compared to $22 per hour for those employed before 2005; and thirdly, $17 million in government incentives.

It is easy to be cynical about the role state aid played in bringing production back to the US and arguments will be made both for and against, but the fact is, all countries do it; a good argument can be made on the basis of future tax revenue and reduction in unemployment costs in areas of higher unemployment.

According to the Boston Consulting Group, as quoted by the FT, rising pay in China means that US wages, which were 4.6 times Chinese levels in 2005, adjusted for productivity, will be just 2.3 times by 2015. Add to that rising freight costs as the oil price increases, managing the extended supply chain and loss of speed to market flexibility and you further erode any benefit in production being moved to Asia.

That’s where lean manufacturing factors into the equation. To be continued in Part Two.