The investigation being launched by Eduardo Santos de Oliveira, federal prosecutor for Campos, a Brazilian city to the northeast of Rio de Janeiro, into last November’s oil leaks from Chevron’s Frade field in the Campos basin, is — on the face of it — a worthy and prudent review of the safety procedures operated by country’s rapidly expanding offshore oil industry. 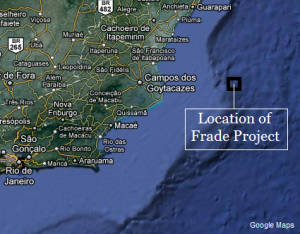 If BP’s 4.9-million-barrel spill in the Gulf of Mexico can have had any silver lining, it must be that safety procedures should have been tightened as a result — procedures that should be there to protect both workers’ lives and the environment. But clearly, national bodies responsible for enforcing good practice cannot take it on trust that companies always employ the best techniques, or are motivated by the safest or most environmentally sound of operational intents.

In the case of the Campos basin spill, some 3,000 barrels of oil are said to have leaked and Chevron, along with its driller Transocean, acted promptly to close the well while the cause was located and rectified.

Nevertheless, in spite of Mr. Santos de Oliveira’s fine words — “Now that the working environment has been created (by the Chevron spill), let’s promote this debate and use the official investigation tools to try to understand this situation, including for preventative reasons” — the original $10.9 billion lawsuit, followed up now with a further $10.9 billion second action, raises questions about Brazil’s motives.

Geologists agree the spill was almost certainly naturally occurring, not the fault of the operator or their driller. “The Campos Basin is prone to natural seeps that can stain the ocean,” Cleveland Jones, a geologist at the National Oil Institute at the State University of Rio de Janeiro, is quoted as saying to Reuters. “That, in fact, is one of the reasons that geologists knew that there was a good chance of finding oil there in the first place,” he said.

Chevron said oil seeped from a crack in the bore of an exploratory well and worked its way through the rock to the seabed and then ocean surface. This happens all the time in the Campos basin, as it does in the similarly porous seabed of the Gulf of Mexico, and the firm acted promptly to limit the leak.