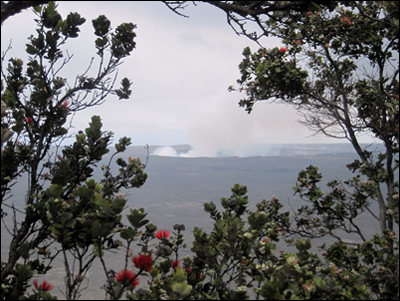 The “Big Island” of Hawaii was so named due to its life as a volcanic island—the largest and youngest of Hawaii’s eight islands (a ninth one in Lōʻihi escalates to the Pacific Ocean’s surface). Out of the Big Island’s five volcanoes, Kīlauea is the most active—continually erupting since 1983.

While visiting the Hawaiʻi Volcanoes National Park, I was amazed by the size, landscape and atmosphere. These natural wonders have been evolving since their start 28 million-plus years ago. From the Kilauea Visitor Center, a short walk brings you to the Sulphur Banks: 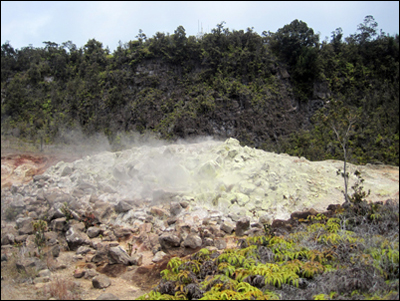 Instead of looping back to the visitor center, a detour was made to reach the Jagger Museum of volcanology, which holds working seismographs and scientific gear. En route, steam vents dotted the Crater Rim trail: 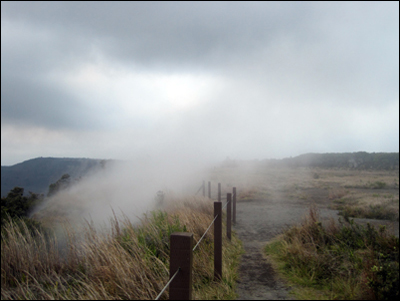 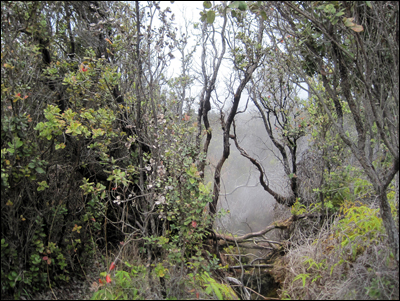 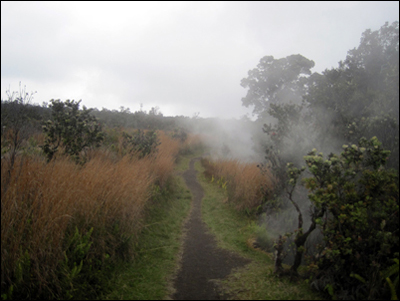 The massive expanse and depth of Kilauea’s volcanic crater prompts a navel-commanding gaze. It also commands respect. At one of the latter viewpoints, a park ranger alerted us to make way for locals to conduct a Hawaiian ceremony of offerings to Kilauea.

Upon reaching the Jagger Museum, the closest face-to-face encounter with Kilauea’s volcanic caldera inspired yet another gaze of wonder. 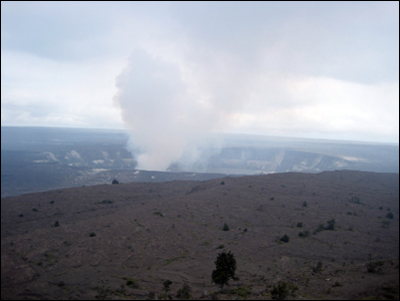 To native Hawaiians, Pele is the volcanic goddess. And Kīlauea’s caldera is her home. She represents fire, lightning, wind—and the element of metal—as vital parts of a unique and ever-changing ecosystem.

All photos by the author.