LME copper has been on a steady decline this month, but the last week has seen a marked uplift in part because falling inventories on the LME have been taken as a sign of a tight market. 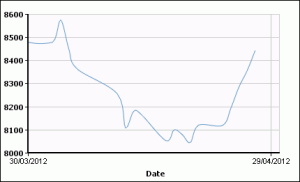 The rise in Shanghai inventories on the other hand has been largely ignored — until this week, that is.

Copper Smelters in China: Helpin’ a Brutha Out?

A Reuters report covers an announcement by a number of Chinese smelters acting in concert to deliver refined copper to LME Asian warehouses to ease the tightness of copper on the world market. Very helpful, you may be encouraged to say…except don’t think for a moment that Jiangxi Copper, Xiangguang Copper and others are doing this for altruistic reasons.

So tight is the physical market for copper (the LME is said to be down to 250,000 tons, the lowest level since 2008) that the cash price is at a hefty $147-per-metric-ton premium to three-month. To know more about a situation we wrote about a week or so back where we pointed out much of the LME physical copper was owned by one trading house, and that metal within Western warehouses was held up from delivery by the same company’s trading activities in aluminum, creating 6-to-12 month delays in delivering physical metal – see Andy Home’s article this week in Reuters on warehousing. 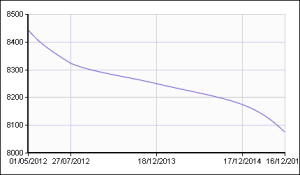 The Chinese smelters such as Jiangxi are at the losing end of the tussle between the likes of Glencore working to keep the market in backwardation and the smelters’ own model that assumes a contango. Chinese smelters that receive regular term imports of raw material concentrate pay priced on nearby LME months, but then sell refined copper later.

In a contango, the forward price will be higher, but in a backwardation it is lower, leaving the smelter with a loss. A lower forward price is also said to dampen demand by discouraging end-users from buying spot copper, which may or may not be contributing to record stocks building up in Shanghai warehouses, said to be up to 1.4 million tons, but certainly at a million tons.

Others may say the rise in stock purely reflects speculative inventory being purchased by traders when the market is slowing, a position supported by the news that those stocks have begun to start leaking back out into Asia export markets, as the copper price has risen recently and yet domestic buying has remained muted.

So let’s not be misled into thinking Chinese smelters are exporting refined metal for any other reason than their own financial gain. The current backwardation is an untenable situation for them going forward and should be seen more as a desperate attempt to counter the stranglehold Glencore and other traders have on the physical supply market, which would otherwise be broadly in balance.