MetalMiner welcomes guest contributor Marissa Rosado, writing on behalf of Cash for Silver USA, which “offers refining rates directly to the public that are normally reserved for brokerage firms and private companies,” according to their website.

Silver is an industrial and precious metal. It is used in a variety of technologies, including clean energy and photography. It also makes for some lovely jewelry.

Why then, with its multiple uses, is the price of silver hovering around $27 an ounce?

That’s a steal compared to its value in April 2011, when the silver price was nearly double. How did a precious metal doing so well drop so substantially?

The Demand for Silver

Nearly half of the demand for silver in 2011 was for industrial projects, including the use of silver in new solar panel technology. Now the price of silver is down 44.5 percent from last year’s all-time high. What went wrong?

As the economy continues to pull itself together, specialized industries might not get the funding they need to move forward, thus weakening silver’s demand. Solar technology might also switch to copper because it’s cheaper than silver.

On the other hand, these price drops can cause dip buys. A dip buy is just as it sounds: the buyer believes that the low is passing and scores a better price for future gain, i.e. buy silver for less now, and make more money later. If this becomes a trend, it may cause the price of silver to rise.

Another reason silver prices are down has something to do with simple supply and demand. The production of silver from mining efforts and silver reserves are growing more than its industrial demand, meaning too much supply, not enough demand.

But What About Speculative Interest?

With the cost per ounce at a remarkable low, many speculate that silver is due for a comeback with prices driving up. Of course, this means precious metal opportunists want to get in on the ground floor while silver’s value is low.

Think of it in the context of those late-night infomercials (call now and receive two additional Snuggies®); this opportunity won’t last forever! Translation: act now, because who knows what’ll happen tomorrow.

Another aid in a rebound for silver is the performance of its big brother: gold. Even though the losses for silver are slightly more than those for gold prices (19 percent vs. 7.2 percent, respectively), the prices of gold and silver have fallen together. Their values are connected.

Many predict the price of gold will experience a significant upswing in the coming months, which is sure to have an effect on the price of silver. 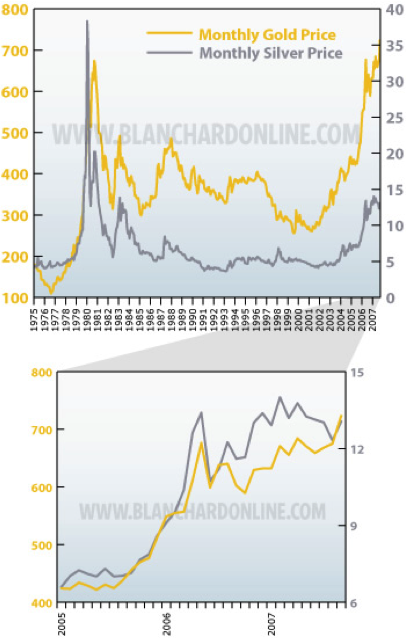 On a larger scale, global economic speculation has influenced silver prices. In June, when European leaders met to strategize amidst their own debt crises, investments in silver fell to a two-year low. This was based entirely on the public’s prediction that the summit wouldn’t produce any solutions.

Marissa Rosado is a writer on behalf of Cash for Silver USA and its affiliate sites. She graduated from Emerson College in Boston, 30 miles from the Cash for Silver headquarters in Sharon, MA.

Disclaimer: Certain views and opinion expressed in the above article do not necessarily reflect those of MetalMiner’s editorial board.