No one is expecting a return to the commodities bull market anytime soon, yet many are betting on emerging market growth spurring metals demand towards the middle of this decade, to the point where metals are priced at substantially above this year’s levels.

But an Economist article paints a more sober picture of the prospects for emerging markets — principally the BRIC economies that did so much to drive consumption of metals, and hence price rises, during the last decade.

As the article aptly puts it, demand was steroid-driven and in retrospect we can see it could not last if inflation and sustainable long-term growth were to be achieved. The IMF still reckons developing economies will grow by 5.6 percent this year, a far cry from a slowing US (down to 1.5 percent according to CNN), or worse, the Euro area  — which is expected to contract in the second quarter after a flat first and a 0.3 percent contraction in the last quarter of 2011, according to the ECB.

However, the Economist suggests that with the exception of rather unwise social spending promises made by Vladimir Putin, none of the BRIC economies are looking for a return to high growth.

China, the largest BRIC country by far, has an economy over-reliant on investment; its leaders want to usher in a phase of more sustainable but slower growth, led by consumers. As the graphs below from HSBC show, fixed asset investment has taken a nose-dive since the turn of the decade, and the Purchasing Managers Index has, not surprisingly, followed it down. 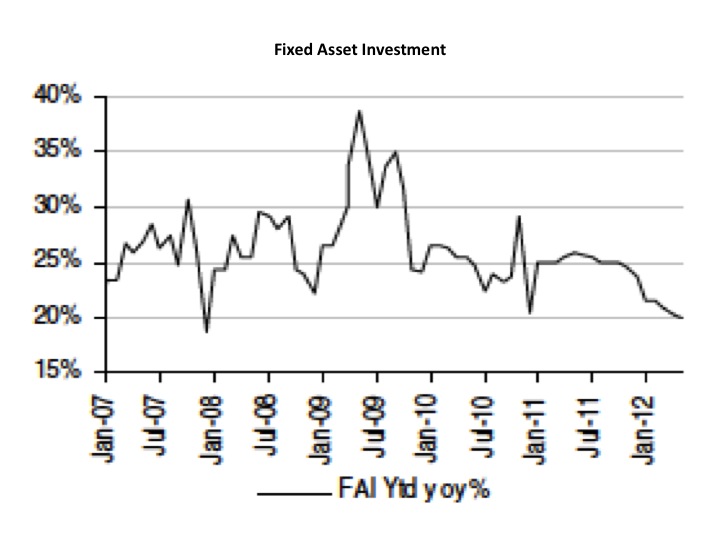 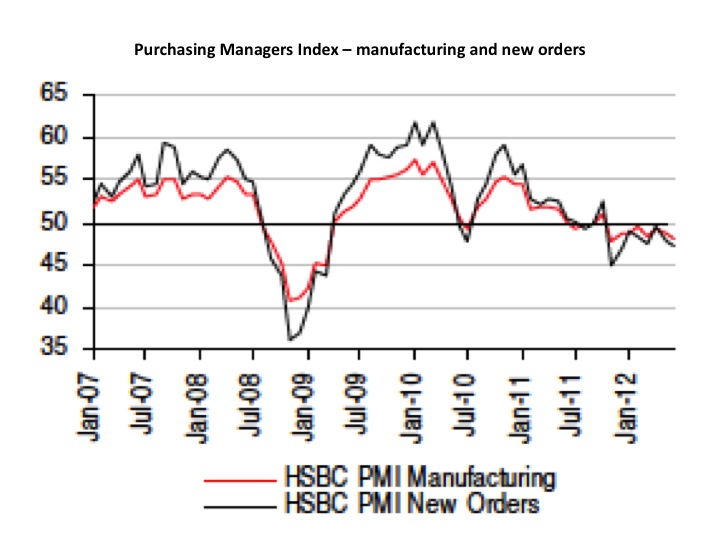 Without the steroid fix of massive, centrally induced fixed-asset investment programs, the world’s second largest economy is in for a prolonged period of slower, less commodity-intensive growth – just what Beijing wants.

And what about beyond China?