Copper is, on the one hand, viewed by many as a bellwether of the industrial sector, yet at the same time, volatility is magnified on the other hand by copper’s popularity among investors, undermining the effect the fundamentals should have in dictating price.

As HSBC points out in a recent report, copper was a victim of risk selling in Q2 with the price falling. Yet exchange inventories tell us a different story; in spite of slowing global growth in Europe, Asia and of late the US, there has been no significant increase in total exchange inventories of copper.

Although GDP numbers are dropping, this has clearly not resulted in a pronounced destocking cycle. Assuming supply has remained constant, this should be telling us that global economic activity is in fact doing rather well. Stocks have risen slightly in the last month or so, but it is by no means a trend and levels are still well down on the first half of 2011. 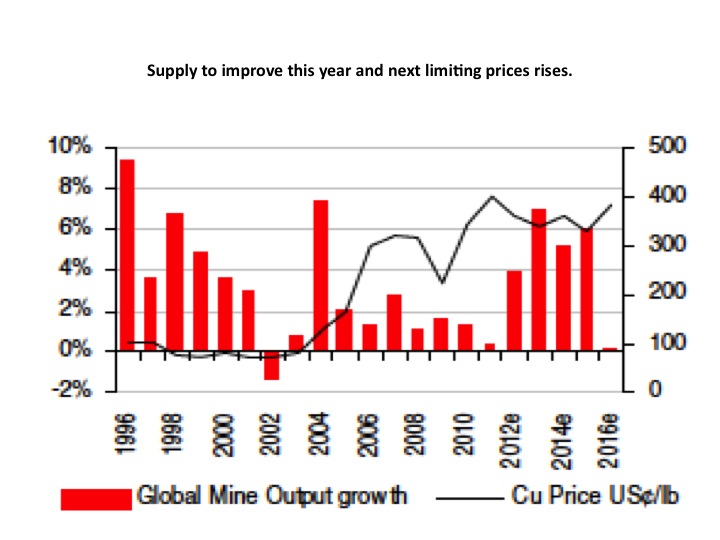 BHP Billiton has now committed to Escondida, but the bank has removed Olympic Dam from estimates, as it is unlikely to happen before 2017.

As a result of the surprisingly solid demand, limited supply growth and the widespread hope that Europe will avoid a breakup this year, copper prices are not expected to fall further, but HSBC is suggesting it could be 2014 before they average above $8,000 per metric ton again.

This would suggest buyers can make the most of the depressed sentiment to secure good short-term deals as covering forward with fixed prices — or forward-covering — does not look like it will be a necessary safeguard for the next 6-12 months.