A violent end to a workers’ strike at UK-based Lonmin’s Marikana platinum mine in South Africa leads to international news headlines — and of course, at least in the short term, spikes in platinum prices. 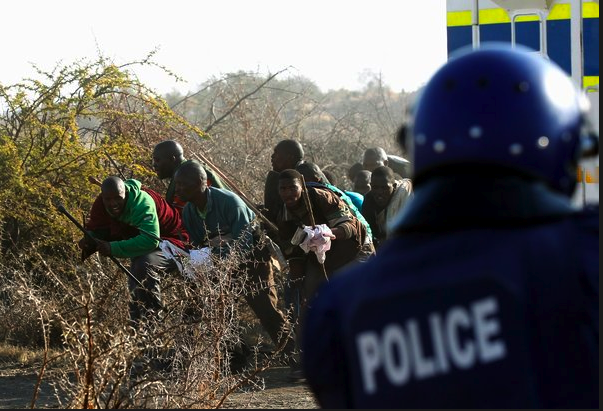 South African police killed 34 striking workers and injured 78, according to several reports including that of the New York Times. The Marikana mine strike, brewing for a while, comes down to an increasingly emboldened and more “radical” workers union, the Association of Mine Workers and Construction Union, wanting more money for its workers, according to the Times.

Inevitably, although situations such as these should never come to hostile violence and great losses of life, it brings the risk of mining for commodities in volatile nations and poverty-stricken areas into sharp focus. This is an ongoing concern for miners and metals producers in particular African nations, and in others such as Afghanistan.

Platinum prices followed suit, reaching the highest levels since July 6, according to Bloomberg…