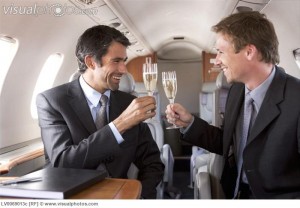 You wouldn’t guess from the busy halls of Aluminum 2012, held at Dusseldorf’s vast Messe exhibition center this week, that there was anything amiss with the European aluminum industry.

Aluminum producers are busy entertaining clients, businessmen consuming palpitation-inducing amounts of coffee and brash signage extolling producers’ commitment to the environment, as if anyone really takes any notice.

But dig a little deeper, eavesdrop on some of those conversations and a different picture emerges. One of stagnant growth, extreme caution hampering firms’ expansion plans, a lack of confidence in where markets are going and too many sellers chasing too few buyers.

Where buyers were interested only in securing capacity two years ago, now they are focused on cost and quality. Consumers are super picky on quality, making distributors shun sources that in better times would have found a home for their metal.

Interviewing extrusion mills, none claimed to be making money out of standard bars and profiles and even some producers of the stalwart wrought products market, aluminum plate, admitted premiums were sliding as aerospace business slowed and more commercial plate flowed in to the market.

Pity those mills (at least in the short term) who have major expansion plans coming to fruition. Indian mills have new extrusion presses and rolling mills being commissioned this year and early next for which there are precious few buyers. Even in good times, Indian producers’ quality reduces their options. In the current market, production will have to find a home domestically or in the Middle East and Africa; Europe’s consumers, even those focused on lowest price, will be reluctant to take up significant capacity.

Buyers have become used to seeing Asian mills at Western trade fairs, and this year is no different with some from China, Malaysia and Taiwan rivaling the largest Western incumbents such as Constellium, Alaris, Novelis and Sapa in terms of the size and positioning of their trade stands.

Interestingly, a few – such as Taiwan’s Ye-Fong – have sought to bypass the commercial market and focused for much of the last decade on upmarket aerospace accreditation. Today their stands are not as busy as those in the more commercial volume sector and salesmen are willing to discuss spot deals at prices closer to commercial rather than aerospace market prices, but in the long run their pursuit of higher value-add will probably prove sound; in the short term volumes are proving elusive.

Still, the distributors, never ones to miss an excuse for a party, manage to shrug off the general malaise and can be seen downing beer in time-honored European tradition as the afternoon brings each day’s proceedings to a close. They have seen it all before and hoping they will be around long enough for the upturn – when it comes.