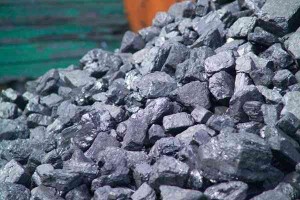 The litany of woes for Indian steel manufacturers continues to grow.

Despite local consumption bucking the global pattern (steel prices around the world are down, and continue to go south because of low demand), Indian steel companies are an unhappy lot; and this one story does not seem to be veering towards a happy ending any time soon.

Along with a short supply of local iron ore and the dumping of cheaper steel in the Indian market, steelmakers now have to contend with pricing issues. First, it was the cost of iron ore and now, it is the cost of another crucial raw material – coking coal.

The prices of coking coal have dropped by half this quarter, but are expected to rise in the last quarter of the year, leaving many steel companies now wondering about the kind of impact this will likely have on their financials.

Indian analysts have also been quoted as saying that steel companies had failed to really capitalize on the advantage offered by the falling prices of coking coal this quarter because of related problems.

Indian steel companies, faced with a shortage in supply of local iron ore because of the mining ban and the resultant price hike of ore, have been under stress for months now. Some were also forced to cut the cost of their final steel products because of dumping of steel from Free Trade Agreement nations like Japan, Korea and China. MetalMiner had reported about Indian steel manufacturers bitterly complaining about this to government representatives.

One major supplier, the NMDC, which is India’s largest iron ore supplier, has already increased iron ore rates twice this year, averaging about 15 percent. Such is the despondency among steel manufacturers here that a decision by the NMDC at the start of October to cut iron ore prices up to 11 percent has met with a lukewarm response.

Domestic steelmakers were quoted as saying that NMDC had decided to cut prices on steel fines by 11 percent while the cut in price of lump ore was barely 2 percent.

What does the future for steel producers look like? Continued in Part Two.