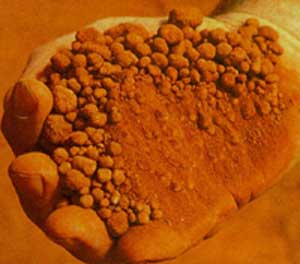 Bauxite seems to be the latest object of ire of the aluminum industry in India.

A controversy is fast building around bauxite ore. Alumina refineries in India have been facing bauxite shortages for some time now, mainly because of what they call the skewed policy of the government of India vis-a-vis the state governments.

Mining companies, most located in western India, have found it more lucrative to export bauxite rather than provide it for internal purposes, while in the southern and eastern states, permissions are not being given for new mines.

Things have gotten so bad now that one of India’s premier trade bodies, the Federation of Indian Chambers of Commerce and Industry (FICCI), has sent a petition marked “urgent” to the Indian government asking it to stop bauxite exports. This comes on the heels of a similar request made by Vedanta Aluminum Ltd (VAL) a few days ago.

FICCI’s letter has brought this long-pending demand to the fore. The body has even aired this apprehension to the Union Ministry of Commerce and Industry that if it did not step in and ban the exports soon, many alumina refineries would have to shut down due to the shortage of the key raw material required to produce alumina.

According to FICCI, the exports had increased substantially in the last three years.

Players in this sector now want the central government to review exports of bauxite from India and take steps either by way of levying of a higher export duty or put ban on it.

Vedanta, reportedly struggling to run its one-million-ton alumina refinery in the Kalahandi district of the eastern state of Odisha to full capacity, had made a similar request to the government some time before the FICCI appeal.