How Is Vedanta Resources Coping With India's Bauxite Shortage? 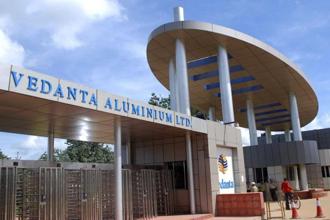 This article continued from Part One.

As if to reinforce its point on the dire nature of extreme bauxite shortages, Vedanta Resources has issued a three-month closure notice in advance to the Odisha government, stating that it won’t be able to run its plant beyond Dec. 5 if it did not get the necessary quota of bauxite.

A news report filed by agency IANS said that the president of VAL Mukesh Kumar had, in a letter to the Secretary of the Ministry of Mines, said that they had come to know of a large scale of export permissions being given by the government of India for bauxite exports from Maharashtra and Gujarat.

Invoking national interests, Kumar wrote that at this crucial juncture, allowing exports of bauxite at the cost of domestic industry by some of the state governments when the domestic aluminum industry was suffering for need of bauxite cannot be justified.

Alumina refiners’ fear is based on the fact that while such exports carry on, bauxite reserves in captive mines or from the state mineral corporations have been depleted considerably. The closure of the bauxite mines in Odisha and the southern state of Andhra Pradesh had aggravated the situation.

Vedanta has its own personal reasons for its gripe. A few weeks ago, the Indian Ministry of Environment had rejected a proposal to start a bauxite mine in Odisha’s tribal belt of Niyamgiri Hills. This was even hailed by Amnesty International as a ‘landmark victory’ for the human rights of indigenous communities.

The mine was to be a joint venture between the subsidiary of UK-based Vedanta Resources and the state-owned Odisha Mining Corporation. But since the proposal prima facie seemed to violate forest and environmental laws, the Ministry had refused permission. VAL claims that no mines have been allowed to open in the southern and eastern states for almost 25 years, places where a bulk of India’s bauxite ore lies – about 2.5 billion tons’ worth.

To have rejected the captive mine would now affect its refinery in the Kalahandi district because this, say officials, was specifically set up on the basis of a pact the company had signed with the Odisha government and after assurance that raw materials would be provided.

As of now, the plant was operating on bauxite sourced from other parts of the country, but this too was being affected because of the export of the ore.