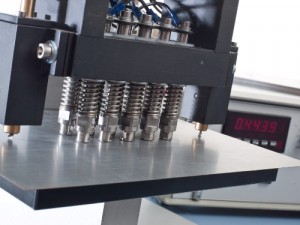 If you’re an electrical steel buyer, here’s a good excuse to keep a better eye on future prices.

David Hartquist, an international trade lawyer and a partner at Kelley Drye & Warren LLP who represents SSINA, cited a large percentage increase for grain-oriented electrical steel so far this year.

This trend jives with what MetalMiner has been seeing and hearing in the GOES market — will new anti-dumping cases bust open? And what does it mean for prices?

“The average unit values shown in the statistics are quite low, indicating possible dumping and below-cost sales in the United States,” Hartquist continued. “Domestic producers are assessing the situation to determine whether U.S. trade laws are being violated.”

A key component in manufacturing electrical power transformers, grain-oriented electrical steel imports have surged before. Back in May 2012, Japan, Korea and Poland were all on SSINA’s watch list as the primary culprits, in addition to the Czech Republic, according to SSINA release. A 2011 analysis showed that Japanese electrical steel producers were indeed guilty of dumping the metal.

These trends are consistent with grain-oriented electrical steel import data available to the MetalMiner IndX℠. Of course, these imports are drawing down prices.

Over the 30 days prior to Sept. 25, US HRC prices peaked during the week of Sept. 4 and began falling Sept. 10, according to MetalMiner IndX℠ data. (HRC is a key GOES input.) “We suspect steel producers will tighten capacity to reduce slack in the market and provide price support to HRC,” Reisman added at the time of the report.