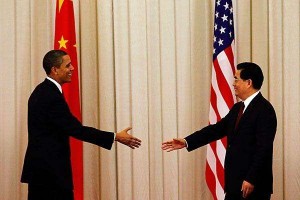 With the presidential election fast-approaching, at least one person in the final general session of the Aluminum Association’s annual meeting in Chicago is sorely displeased by how little attention is paid to the international trade picture.

“Trade issues are more important than what the presidential candidates are talking about…I’m disappointed they’re not talking more about this,” said Michael Stumo, CEO of the Coalition for a Prosperous America (CPA).

And there are likely many more folks feeling this way who work for US metals producers — especially steel.

Fittingly, during Stumo’s talk, the World Trade Organization (WTO) announced a ruling against China in its case against the US regarding grain-oriented electrical steel (GOES) duties. The WTO rejected China’s appeal in an anti-dumping dispute over US exports of the speciality electrical steel used in power transformers.

As Reuters pointed out, this is a timely trade issue: grain-oriented electrical steel is “made by AK Steel Corp and ATI Allegheny Ludlum, which are based in the electoral battleground states of Ohio and Pennsylvania.”

Obviously, trade issues — and especially US-China trade — are near and dear to Stumo’s heart, and to CPA’s primary business. Stumo delved into the cornerstones of the United States economy’s trade deficit problem: currency manipulation, foreign value-added tax (VAT), state-owned enterprises, lawful foreign subsidies and barriers, a lack of a US trade and manufacturing strategy, and insufficient enforcement.

“We should be engaging in smart trade,” not dumb trade, said Stumo, taking all of the above tacks into account.

Examples of dumb trade, according to Stumo, centered on VAT structures and the overall failures of free trade agreements (FTA). As far as VAT goes, Stumo pointed out the disparities globally between the US and the majority of other nations: “With all these trade agreements, we end up dropping our tariffs but [other countries] up their VAT’s, so our trading partners have never had to cut their tariffs — yet we have,” he said. “There’s no reciprocity overall.”

“Every time we ship to China, we fund their roads, infrastructure and the like,” because something like one-third of the China government’s border income comes from VAT, as opposed to 1 percent for the US coming from border transactions, according to Stumo.

As far as the steel industry goes, Stumo echoed what MetalMiner learned from Tim Brightbill of Wiley Rein — that the Chinese state steel industry plays with unfair advantages:

“From 2002 to 2007, the Chinese state-owned steel industry quintupled in output. Not responding to market forces, but responding instead to the Communist party’s five-year plan. When they quintuple in solar, or magnetic trains, it’s because of the state. [China’s] state-owned banks will make it happen — if they have to export it and dump it on our shores to make it happen, they will.”

But the aluminum industry should pay much more attention to trade issues as well, Stumo maintained, as he urged the Aluminum Association members to support the Fair Currency Act of 2011 (HR 639), to go beyond enforcement to support a national trade strategy, and to study the inclusion of a US value-added tax in conjunction with comprehensive tax reform.