The Case for China's Non-Union, Cosco-Run Side of Greece's Piraeus Port 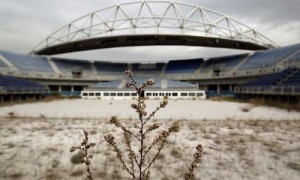 Here are the differences between the Greek side of Piraeus Port and the China-owned Cosco side:

On the Greek side, after a series of strikes in the run-up to 2010, unionized labor had created the unsustainable situation where some workers with overtime were earning $181,000 per year, while Cosco is typically paying $23,300. On the Greek side of the port, union rules required that nine people work a gantry crane; Cosco uses a crew of four.

Yet Cosco employs 1,000 workers and rising, while the Greek side employs 800 and falling, even after a government-enforced, state-employee 20 percent pay cut. Unions claim Cosco operates to dubious safety standards, but accident rates are no worse and equipment is state of the art compared to the Greek side.

To suggest that cash-strapped Greece could not have afforded to invest in the port as Cosco has done is to ignore the fact that Greece has, for 20 years, borrowed to fund all kinds of less viable infrastructure projects, not least of which were the 2004 Summer Olympics.

Case in point — stadiums which now stand in ruins, unused and unmaintained for years. That money would have been better spent in pursuit of viable economic growth.

The Piraeus Port situation is a microcosm of many of Greece’s problems, which in turn can be seen as a wider European malaise involving entrenched working practices, too lax of fiscal policies, and a cultural belief that hiding behind the walls of the European Union somehow protects the old world from the new.

Whereas Greece displays these problems most dramatically, similar examples can be found every day in countries like Portugal, Italy, Spain and France. Europe’s long-term problems beyond debt will take even longer to resolve.