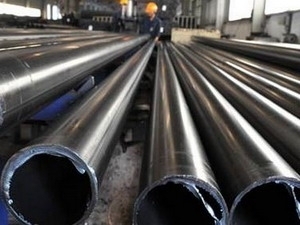 Once again, Indian steel manufacturers, especially those into making steel pipes, are in the news vis-a-vis the US Department of Commerce.

A few days ago, the Commerce Department, according to reports, decided to set tariffs on the imports of steel pipes from four nations — India, Vietnam, Oman and the United Arab Emirates.

The step did not come as much of a surprise to Indian steel sector analysts, as many anticipated the move following several complaints by US companies. Those companies had said that imported steel pipes were being sold at below-market rates, leading to unfair practice.

Reports here said a consortium of US pipe manufacturers and steelmakers had claimed that India and the other named countries were dumping steel pipe products in the US markets, and that these products enjoyed government subsidies.

Further, according to reports, the Department of Commerce’s decision to levy antidumping duties on the product from all four countries would come into effect only after the independent U.S. International Trade Commission (USTR) had finally established whether US producers’ interests were being harmed by the under-priced imports.

Earlier this year, the US had imposed a preliminary anti-dumping duty on the import of certain types of steel pipes from India, saying it had reports that Indian firms were selling the circular welded carbon-quality steel pipe in the US at 48.43 percent below the fair market value of the product.

Following this, the Indian government had lodged a protest with the World Trade Organization (WTO). India had requested consultations with Washington under the WTO’s dispute settlement system.

So, what will be the impact on Indian steel pipe manufacturers as and when these anti-dumping duties kick in? If some reports from India are to be believed, large Indian steel companies do not seem unduly perturbed by the move to impose tariffs. Only the small manufacturers in India could be hit, they said.

Steel majors such as JSW Steel Ltd., Welspun Group and PSL Ltd. already have manufacturing plants in the US, so there’s no chance of them exporting pipes from India to the US. Welspun, for example, has a plant with an annual manufacturing capacity of 350,000 metric tons there.

Another well-known steelmaker, PSL, also has a 250,000-ton steel pipe manufacturing plant in the US.

But reports said small steel firms do export to the US, and this group could be in trouble. Indian companies exported steel pipes worth US $64.6 million in 2011 to the US.

This past September, the US Department of Commerce and the International Trade Commission had not revoked a similar anti-dumping duty order on stainless steel bar from Brazil, India, Japan, and Spain. They had reasoned that if the duty was cancelled, it would likely lead to a continuation or recurrence of dumping and material injury to the steel industry in the US.