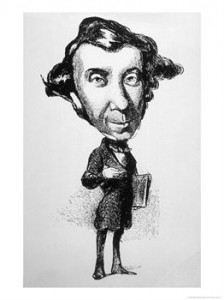 Interestingly, this article states the word among the politically well-connected in Beijing is that Li Keqiang, the incoming premier, has started recommending to his colleagues that they read Alexis de Tocqueville’s L’Ancien Régime et la Révolution.

If this is true, it raises an interesting view of how the party is thinking – de Tocqueville blamed the 1789 French Revolution in part on the fact that the bourgeoisie inspired envy among the masses while the nobles elicited scorn, but more than anger on the part of the have-nots, the accepted wisdom now is the Revolution was the result of rising aspirations that could not be met.

Maybe Hu Jintao was recognizing this in his address when he set a new economic goal of doubling China’s 2010 GDP and average incomes by 2020.

The average income of urban and rural residents was Rmb19,109 ($3,060) and Rmb5,919, respectively, in 2010. In itself, this target is attainable as it implies an average growth rate of 7 percent — but a bigger challenge will be reducing the divide between rich and poor; if the growth goes to those in power, then satisfaction will not be very widespread.

So what exactly did Mr. Hu lay out as his successor’s goals for the next five years? Well, an article by the FT’s Beijing office lists eight key points.

Political reform seems like it will be limited, as Mr. Hu committed his country to unswervingly follow the path of socialism with Chinese characteristics – i.e. more of the same: central, communist, one-party control — while tolerating capitalism, providing that the state retains control of the economy, major industries and the courts.

“Economic growth for all” is a statement seen as the party’s recognition that everyone has to benefit from the growth in prosperity, and crystallized in Mr. Hu’s commitment to doubling national growth and living standards for all by 2020.

The environment for the first time has received more than mere lip service as widespread pollution and environmental degradation resulting from industrial activity (often allowed or covered up by corrupt practices) has reached the stage where public riots and unrest are a growing concern.

PREVIOUS POST:
President Hu Jintao Hands Over the 'Reigns' to Successor
NEXT POST:
Next 10 Years: Where China Goes – Socially, Economically – From Here