China Needs Thorium Reactors to Quench Its Thirst For Energy 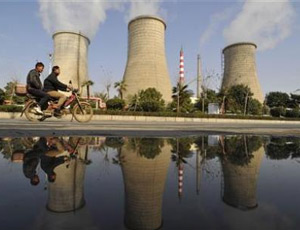 So why are the Chinese pouring so much money into thorium power generation research and what are they hoping to achieve, as we indicated in Part One of this series?

Well, a lot like India, who is also putting effort into the same field, China has an energy crunch.

Even the Chinese accept that fossil fuels are at best a stop gap, and hence they have the world’s most ambitious uranium-based nuclear power program and the world’s largest alternative power program in the form of wind power.

Yet even nuclear can’t keep up with the rise in demand.

China is already building 26 conventional reactors by 2015, with 51 more planned, and 120 in the pipeline, but these have all the known drawbacks of radioactivity, and maybe more seriously, for the Chinese rely on imported fuel.

If liquid fluoride thorium salt reactors can be made to work efficiently, China has enough thorium to power its electricity needs for 20,000 years.

Thorium reactors are inherently much safer. If power is lost, such as in the case of Fukushima, a cooled plug in the base of the reactor melts and the salts flow into a containment vessel to cool down. Without artificial proton bombardment, the reaction stops. Indeed, so sensitive is the process that a thorium reaction can be stepped up or down to match demand within 60 seconds.

The containment structure, ancillary equipment and reactor vessel are much smaller because the molten salts used are more efficient heat conductors — there is no superheated steam or cooling equipment required and potentially small 1-to-3-Mw reactors could be produced.

In fact, the US looked at aircraft engines using this technology back in the 1960s. Piping and containment were made from relatively readily available Inconel 600 nickel alloy sheet and pipe and the process runs at a commercially practical 750-850 degrees Celsius and atmospheric pressure.

No carbon emissions are produced, and before anyone says the same is true of uranium reactors, thousands of tons of carbon are produced every time a conventional reactor is built due to the massive concrete containment vessel required.

PREVIOUS POST:
Is Thorium the Fuel of the Future?
NEXT POST:
Prices Increase for Price of US Copper Producer Grade 122