Home | Minor Metals | Is Thorium the Fuel of the Future?
Commentary

Is Thorium the Fuel of the Future? 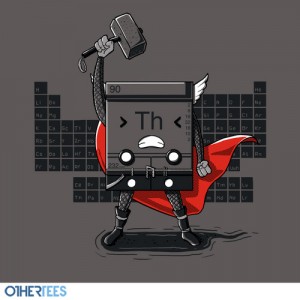 Thorium is not one of those metals we come across every day.

It’s not that it’s rare — it is estimated to be about three to four times more abundant than uranium in the earth’s crust — but because of its radioactivity and relatively limited uses, it comes to our attention more as a by-product or even contaminant than a traded metal or oxide.

Recently its co-occurrence with rare earth metals has brought it to everyone’s attention and indeed its main source is chiefly refined from monazite sands as a by-product of extracting rare earths – when it’s not buried underground as a “contaminated” by-product.

That could be about to change if research work being undertaken in China proves successful.

The Chinese can’t be faulted for their commitment. According to a Telegraph article, China’s National Academy of Sciences research project has a start-up budget of $350 million. They already have 140 PhD scientists, working full-time at the Shanghai Institute of Nuclear and Applied Physics. They plan to increase the number to 750 staff by 2015.

So what is all the money and talent being expended on?

Thorium power is the answer. But the basic idea is not anything new.

In the US, Oak Ridge National Laboratory in Tennessee built a thorium reactor in the 1960s. Apparently the Nixon Administration shelved it because the Pentagon needed plutonium produced as a by-product from uranium reactors to build nuclear bombs. The imperatives of the Cold War prevailed.

And that has not been the only hurdle blocking Western development of thorium as a fuel source; entrenched interests in the form of the established nuclear industry have lobbied against development funds for thorium reactors. A decade ago, a parallel project by Nobel laureate Carlo Rubbia at CERN (European Organization for Nuclear Research) was apparently denied funds from Brussels after France’s nuclear industry killed proposals for research support.

So what’s all the fuss about? Why are the Chinese pouring so much money into thorium power generation research and what are they hoping to achieve?