Home | Humor | Monopoly Game Changer: Out With the Iron, In With the Cat
Metal Appreciation

Monopoly Game Changer: Out With the Iron, In With the Cat 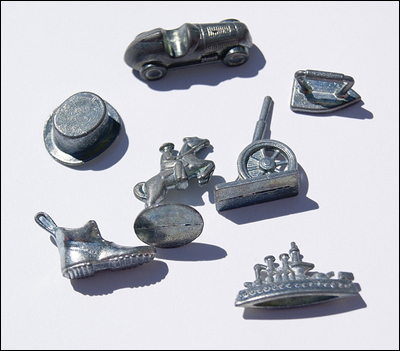 I haven’t played “Monopoly” much, but I remember its pewter pieces, or “tokens” in board-game speak. Players move the tokens along the board’s edge, dictated by the roll of the dice. From Hasbro’s history of the game: “Over 20 tokens have been cast since the MONOPOLY game was introduced in 1935 such as the horse, dog, car, elephant, purse and lantern.”

One of the earliest tokens I recall was The Iron: cute like the rest, plus more fitted to remain flat on the board. From Jan. 8 to Feb. 5, 2013, Hasbro invited Facebook users to a vote for a new token, meant to replace an existing one. The Cat reigned supreme, and The Iron retired. 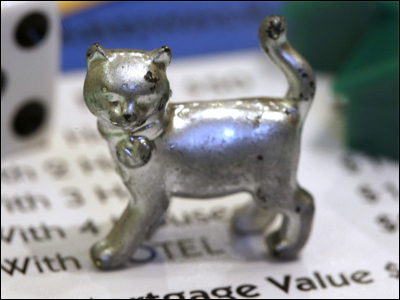 More than just a game piece, the Monopoly Iron was a reminder of a storied, elegant skill. Yes, elegant—don’t believe it? Watch this! Clearly, the Iron lobby is not as influential as the Cat lobby. As one commentator claimed, “The voting was rigged for the cat all along.”

Related note: If you didn’t know, game designer Elizabeth Magie, born in Canton, Illinois, in 1866, invented “The Landlord’s Game,” patented in 1904, and the precursor to “Monopoly.”