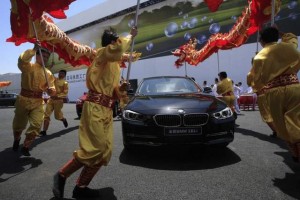 Is it only me that finds this laughably ironic?

A recent article in the FT details how the legislature of the world’s last major communist country is almost certainly the wealthiest in the world, with 83 billionaires among the delegates to China’s parliament this year.

Compare this to the richest nation on the planet and arguably the most successful economic power, America, where there is not a single billionaire in the House of Representatives or the Senate and, as the paper points out, the wealthiest member, Texas Republican Michael McCaul, is estimated to be worth a paltry $500 million.

Two sub-bodies of the Chinese government have been meeting this month, neither of them are policy-making in any significant way, but both show how the concentration of power and wealth in the communist state has been taken to extremes.

Among the delegates gathered to attend the National People’s Congress, the China-based Hurun Global Rich List identified 31 people with more than $1 billion in personal assets, while the Chinese People’s Political Consultative Conference, said to be a toothless advisory body that meets at the same time as the NPC, contained 52 billionaires.

Apparently the average fortune among the 83 wealthiest NPC and CPPCC delegates is $3.35 billion, according to the Hurun report, compared with the average annual wage for Chinese urban workers of less than $7,000.