How the World's Biggest Military Should Manage This Supply Risk

So while the degree of risk associated with the supply of each metal can be debated in broad terms, the layman can see how a country deprived of access to a ready supply of material would have problems maintaining a military the size of the United States’.

As an article in Proedgewire points out, President Obama’s fiscal year 2014 budget request includes $615 billion in military spending, but is largely silent on key strategic and critical material programs.

The US has operated a strategic reserve and a few metals such as tungsten, germanium and beryllium are said to be sufficiently covered by existing stockpiles to not be at risk, but others such as antimony, tantalum and bismuth would require significant stockpiles to safeguard supply. 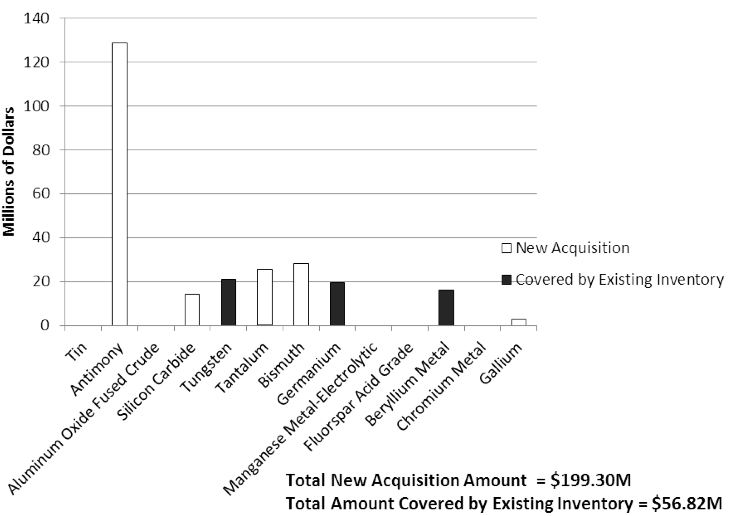 Source: US Department of Defense

Yet the cost of the stockpiling required is a minimal $200 million, a drop in the $615 billion budget. Not that stockpiling is proposed as the sole solution, the report suggests a combination of substitution, export restrictions (on the grounds this would hold back material for domestic consumption) and stockpiling would be most effective at mitigating the perceived risk at lowest cost.

It raises the question: if Mountain Pass could be funded and brought to viability, in part supported by the perceived critical risk, to what extent could others of these kinds of metal shortfalls not be met from domestic, or at least from friendly neighbors’, supply?

You already know you’re buying tantalum – but how best to comply with new SEC rules?

Viable sources of tantalum, for example, have been proven in Canada; what would be required to make the US self-sufficient without seeking government subsidy?

How to Manage the Biggest Military’s Supply Chain Risk

The world’s largest and most sophisticated military machine clearly needs a reliable and robust supply chain.

The failure to comprehensively address this issue has the hallmarks of government indifference to al-Qaeda during the Clinton and early Bush years, only for the events of 9/11 to prompt a dramatic re-think.

Rather than sleepwalking into a supply chain disaster, the US could spare a little thought for encouraging domestic supply options of critical metals rather than pouring hundreds of millions of dollars into alternative energy technologies that subsequently go bust.